Top Posts
Cyber Security Concerns For Bitcoin as the Price...
Why I feel so alone | Does technology...
New Research at UCLA: 3D Bioprinting will be...
What does a quantum computer do? | Latest...
Making of The Artificial Eye best to know...
Increase CPC for your Website | make money...
How Wireless Charging Works for smartphones | Circuit...
The 5 Steps You Need to Follow to...
Amazon Latest Underway Project: AI Robot to Help...
CTRL-Kit: The First Mind-Controlled Armband and its Demonstration
Tech News

Tesla is already being called one of the most successful car companies ever that is giving everyone a run for their money in the automotive industry. Exactly how is Tesla causing this disruption and who is being affected?  Benedict Evans wrote an extensive article on how Tesla is causing automotive disruption in the industry and how this is similar to other disruptions in the past.

Tesla- The Apple of the Automotive Industry

Tesla is now proving to be the Apple of the automotive industry. Disruption in a field here refers to the changes in the basis of competition within a field. This change could occur with the introduction of a new technology or concept. However, this does not always change the basis of competition to a large extent and the occupants instead learn to adapt to the concept. We can consider this ‘sustaining innovation’ rather than ‘disruptive innovation’.

Sometimes the introduction of new tech and products do not entirely disrupt an entire isolated service but parts of that service i.e. some links of that value chain. For example, the iPhone caused disruption in the handset business but did not affect the mobile network operators. Similarly the introduction of online flight booking should have affected airlines but instead, it affected travel agents businesses.   The introduction of electric car engineering in the automobile industry disrupted the traditional automobile equipment manufacturers, however, some manufacturers are constantly adapting to such changes and introductions of new concepts.

How Tesla is Causing Disruptions:

Tesla is becoming an innovator in several fields. Here we will discuss some of the major areas where it is causing disruption.

The most prominent one has to be the innovations in battery and motor technology. Evans says that lithium batteries and electric motors are not a new concept or technology and overtime when the batteries are cheap enough and take over internal combustion engines, they along with electric motors will be products and each company will try to create a better version of them. Almost like the individual parts of smartphones or PCs. Customers are more likely to look at who makes the best batteries than who brought about the use of lithium batteries. In around a decade Tesla could own 15% of worldwide EV battery production but this will only give a minor competitive advantage.

The next innovation Tesla made that we must mention is the systematic approach to vehicle software. Tesla is controlled by a single integrated computer system. Creating a system designed by the combination of separate incompatible computer systems from separate suppliers could actually revolutionize the way they build their products. 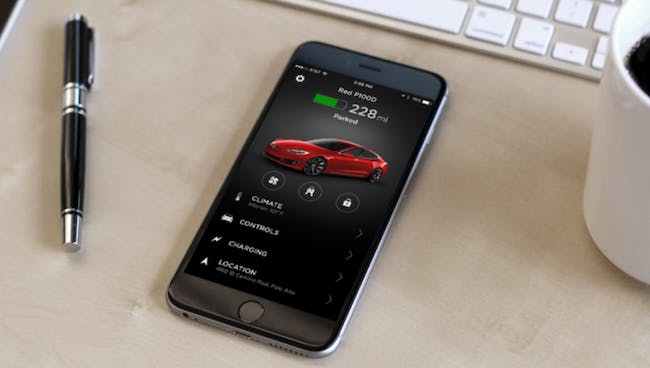 The Tesla mobile app on Android.

The compatibility of the components within a system is integral. Most of the systems we see have various individual systems helping it to operate but have no actual integration except the control buttons connecting them.

Evans says, “Apple is very specific in what components it uses and how they are optimized to work together and fit into the available space, and this produces small, light, power-efficient laptops. Conversely, a laptop from Dell, or a desktop PC, has much more flexibility and interchangeability of parts, which also means less integration and more empty space inside the case. Each approach has its benefits, and the modular PC model had perfect product-market fit in the 1990s. So, how far does this translate into reasons to buy?”

This can be implemented in the building of Tesla’s products and could cause a lot of disruption in the automotive field. Tesla is not only competing with car companies for building the best vehicles but also with top notch programmers at Silicon Valley to form the best software. 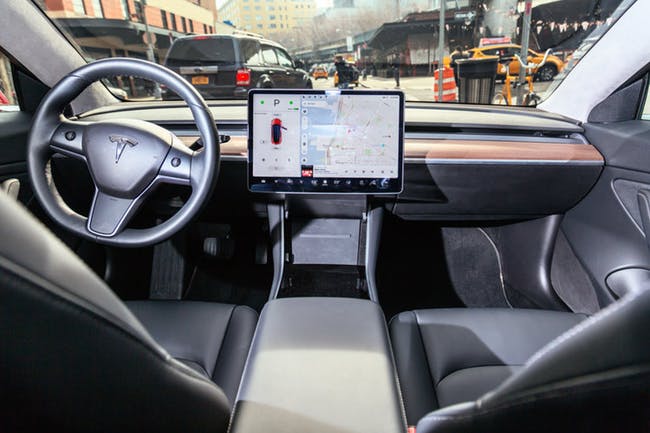 Another thing we must consider is the way Tesla is proving its autonomy to be the best. Tesla is trying to perfect its Autopilot system and making it the best in the field however other companies such as Waymo’s are already expanding self-driving cars to public transit. The question is how well does your autonomy need to be? How many companies could achieve that? Not to mention that our data systems are changing day by day and so every new innovation must adapt to it.

So Tesla is causing disruptions but there is no clear indication of whom and how is being affected. There is one clear conclusion though. Being first to introduce a product or technology isn’t enough. You have to build that product to stay ahead and see how it can fit into larger systems and become adaptive.

Autonomous Flights Are the Future of Air Travel | AeroSpace