Top Posts
How Wireless Charging Works for smartphones | Circuit...
Top 5 News Related to Electronic Industry |...
Once homeless, now on his way to Harvard...
Why I feel so alone | Does technology...
Making of The Artificial Eye best to know...
Increase CPC for your Website | make money...
Google Duplex: Now you can book your appointments...
The Future Of Warfare: Military Robots
Eight Healthcare Tech Marketing Trends You’ll see in...
5 Steps You Must Take to Be Successful...
Tech News

Autonomous Flights Are the Future of Air Travel | AeroSpace

The aircraft we use today are a long way from the original designs of the Wilber brothers. From the use of propellers and four engines and various pilots on deck, today a typical aircraft requires only two pilots, two engines and are built on aluminum and carbon composites. The question remains, how to improve the efficiency of our aircraft? Are single piloted aircrafts possible? And above all, are autonomous flights truly the future? 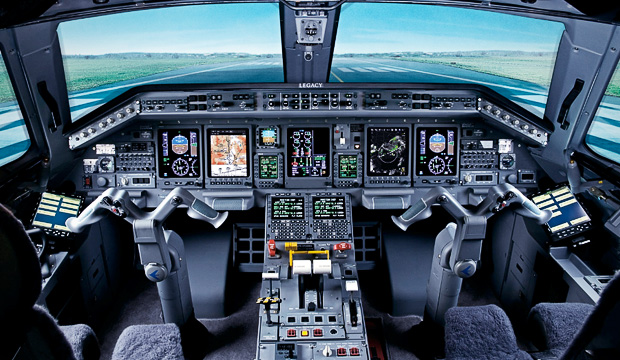 Companies such as Airbus SE are working on what they believe could be the next generation of air travel. Some companies are already working on this as we speak. Boeing Co., for example, is creating an engineering center focusing on pilotless aircraft tech at MIT. Greg Hyslop, CTO of Boeing Co. held a conference at MIT. He put forward a statement outlining the major problems saying, “How do we maintain levels of safety that we enjoy today when you’ve got an artificial intelligence-based system in the cockpit? How do you show and certify that to be safe to the point where the flying public would say, ‘Yes, I trust that.”

According to Elpert Hodge, V.P of M2C Aerospace Inc, “It is not as complicated or dangerous as it sounds.” His startup is working on building single piloted aircrafts in New England focused on reducing airlines’ costs. Passengers will be a little reluctant to board a pilotless flight. However, this could be possible for air-cargo industries. Greg Hyslop further said, “You could see autonomous aircraft for transporting cargo, however, it’s going to be much longer if we’d see that for passenger travel.” But that isn’t stopping analysts from calculating the billions of dollars we can save by no longer using pilots.

A July report by analysts at the UBS Group AG says, “Long-haul commercial flights could see reduced cockpit crews from 2023, shortly after cargo planes.” They also estimated profits from single piloted flights at $15 billion and autonomous flights at $35. The analysts also made it clear it isn’t as far-fetched as it seems. They did, however, count “customer acceptance” as a challenge. This is because around 63 % of people oppose pilotless flights while 52% were against single piloted flights. At the same time, 50% people agreed to ride a single piloted flight if they were given a ticket discount.

The budget bill to be released at Washington this year would fund the Federal Aviation Administration. However, this was removed and Lamar Smith (Chairman, House, Space, and Technology Committee) addressed concerns over Chinese investments into AI and autonomous flight. Lee Collins, President of the Coalition of Airline Pilots Associations says, “Having anything less than two pilots is inviting catastrophe.”  Collins also says that this tech is not mature or tested enough to ensure absolute safety. He also referred to them as “a terrorist hijacker’s absolute dream come true.”

Pilots put forwards arguments stating that the presence of a pilot is integral in case of any unexpected complications that could take down a flight. One such case was an engine explosion in a Dallas bound Southwest Airlines Co. that left a hole in the side of the fuselage. It took a passengers life, however, the pilot safely landed the flight in Philadelphia.

Air travel is considered the safest form of transport with no airline fatalities in the U.S. from 2009-2018. The improving technology is making flights more secure. An estimation made by the International Air Transport Association shows that around 4.4 billion passengers will be transported through aircraft. Also most of the time pilots monitor the instruments and flight operations while the actual flight is automated up to some degree. The airspace operative is now more complex than ever and regulations are equally strict.

Aircrafts in America, for example, conduct an autopilot/automated landing once every 60 days. However, this does not apply to the Boeing 737’s. This aircraft follows the path programmed into the FMS (flight management system) according to the speed and altitude restrictions. The autopilot function is disengaged once the aircraft is close to landing.

Pilots agree that their presence is integral so they can choose to go override any moment, in case of emergencies and so on.  The presence of a minimum two pilots increases the efficiency of the operation, it can save costs due to delays, fewer flights will be canceled and people can reach their destinations faster.

M2C aerospace, located in Massachusetts, is trying to introduce a FMS (flight management system) which does not require two pilots in a commercial aircraft. They also plan to begin testing next year. Hodge, the former pilot now working at M2C says that they are trying to demonstrate the safety of these flights without any mishaps within 2 years. They are already being funded by the Antigua government while Hodge predicts the sales of $500 million in 2 years’ time and $1 billion in 5 years.

Maybe autonomous flights are the future; it is a question of when not how.