Top Posts
How Wireless Charging Works for smartphones | Circuit...
Once homeless, now on his way to Harvard...
Top 5 News Related to Electronic Industry |...
Making of The Artificial Eye best to know...
Increase CPC for your Website | make money...
Google Duplex: Now you can book your appointments...
The Future Of Warfare: Military Robots
Eight Healthcare Tech Marketing Trends You’ll see in...
Why I feel so alone | Does technology...
Talk to books: All you need to know...
Tech News

Electric Vehicle Revolution Is Here and So Is Its Biggest Challenge Yet From Tesla’s classy Model S to Nissan’s entry-level Leaf, electric cars have experienced a sudden surge in demand. They are not just the playthings of some tech enthusiasts or over-zealous environmentalists anymore. They are cool new machines that their owners are proud to flaunt. Electric cars are certainly the vogue these days and it appears that they are slowly taking over the gas-guzzling monsters that ply our roads today. However, the electric vehicle revolution is looking at dark clouds on the horizon, which may threaten their very existence|electric vehicle news.

The spectacular comeback made by electric vehicles in the recent years has a dark side to it. Their success is partly driven by huge government subsidies. Without the subsidies, an electric car in the market today will cost at least $7,500 more expensive than what they presently do. The question we need to ask is whether that cost is high enough to discourage buyers. And the answer appears to be yes. For years, the state of Georgia in the US used to offer an additional subsidy of $5,000 on electric cars. During this time, the market share of electric cars among new car purchases was roughly 4%. Once the subsidies were rolled back, their market share dropped to less than 0.5%.

However, there is a silver lining here, electric vehicle news 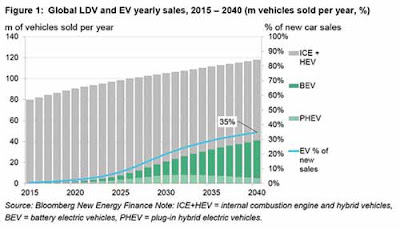 Sales of luxury electric car models like Tesla Model S were not affected by this move. In fact, they even increased with time. That’s because the Tesla Model S matches the gasoline cars in its price segment in almost every aspect of speed, extensive fast-charging network, and the range of the vehicle on recharge/refuel. It even tops them with its ultra-modern features like Autopilot. Naturally, Model S has become the most popular car in its segment. What this means is that if the electric cars match their gasoline counterparts in function, then they have a strong chance of becoming the customers’ favorites.

Now, what about the price? Well, there’s some good news and some bad news.

Much of the cost of electric vehicles comes from their batteries. But, thanks to large volumes of production and technological advancements, the battery costs are coming down at a rate of roughly 20% each year. At this rate, the electric cars will drop in price and become on par with their fossil-fuel cousins somewhere between 2022 and 2025. When that happens, it will fire up an industry-wide electric revolution.
And this brings to the biggest problem facing the electric cars and hybrid vehicles. All the subsidies being offered on electric cars will probably be drawn back by 2018. After that, as the price of each electric car shoots up, they will become less competitive in the market, especially the entry-level and mid-level cars. As their volumes take a hit, the cost efficiencies resulting from higher volume sales will also come down. Perhaps, the battery costs that are dropping at the rate of 20% may instead reduce at the rate of 10% or less. If that happens, then the forecasted target for an industry-wide revolution of 2022-25 will not be achievable anymore.
It will be interesting to see how different manufacturers will overcome the biggest challenge they have faced so far in the electric car industry. Hopefully, they’ll somehow win.
0 comment
0
FacebookTwitterGoogle +PinterestLinkedinTumblrRedditStumbleuponWhatsappTelegramEmail

How to add Flame Sensor Library into Proteus 7 & 8