Top Posts
How Wireless Charging Works for smartphones | Circuit...
Top 5 News Related to Electronic Industry |...
Once homeless, now on his way to Harvard...
Increase CPC for your Website | make money...
Making of The Artificial Eye best to know...
Why I feel so alone | Does technology...
Autonomous Flights Are the Future of Air Travel...
15 Important Travel Techs For Travelers | 2018
Apple Watch launches a new ECG Feature to...
Revolution In Electric Vehicle upto 2018 | Electric...
Tech News

Conventional voice coil speakers have been around for decades, and while they’re revolutionized audio equipment, they are clunky and are becoming outdated, we need an upgrade.

The world is now moving toward miniaturization, making tech smaller and smaller, easy to use, and easy to carry. This is where MEMS technology steps in, just a few months back xMEMS (a new start-up located in Santa Clara, CA) announced Montara, the world’s first true monolithic MEMS speaker.

MEMS Speakers: What are they?

MEMS (Microelectromechanical systems) technology is not something new. We’ve seen their uses in devices such as microphones, accelerometers, blood pressure sensors, micro-valves, biosensors, and much much more. Now we are seeing their application in audio speakers. The result? Smaller, lower power-consuming speaker systems.

MEMS speakers make use of piezoelectric thin films that will deform when a voltage is applied to them. The deflection from here will displace the surrounding air and create sound waves.

xMEMS has introduced Montara, which they claim is the world’s first true monolithic MEMS speaker. TIll now we’ve seen MEMS speakers which have been hybrid-build i.e. their actuator and diaphragm were not constructed in silicon.

The manufacturing of Montara MEMS speakers is very much different from conventional speakers. Montara is a monolithic type of speaker, instead of hybrid-MEMS speakers it is made from a single monolithic silicon chip piece manufactured via lithography. This makes it incredibly cost-efficient as it will eliminate the need for a complex manufacturing line.

MEMS speakers are different from conventional speakers and these differences make them a better alternative when it comes to audio devices.

Similarly, the audio amplifier and MEMS speakers can be integrated on the same PCB substrate, also allowing for their use in smaller sized wearables. 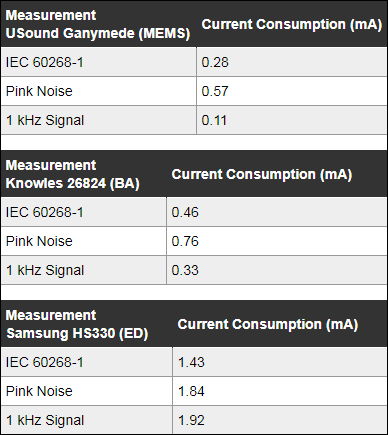 This speaker comes packed with some pretty nice specs and features. If we talk about the sound quality, it offers a full bandwidth (20 Hz to 20 kHz) with a flat frequency response at >110dB SPL. It also has very low latency, according to xMEMS, with a <50µs group delay (mechanical latency) it allows for improved ANC of non-stationary noise. Along with this, it comes in a robust design, allowing for 10,000 g mechanical shock resistance. 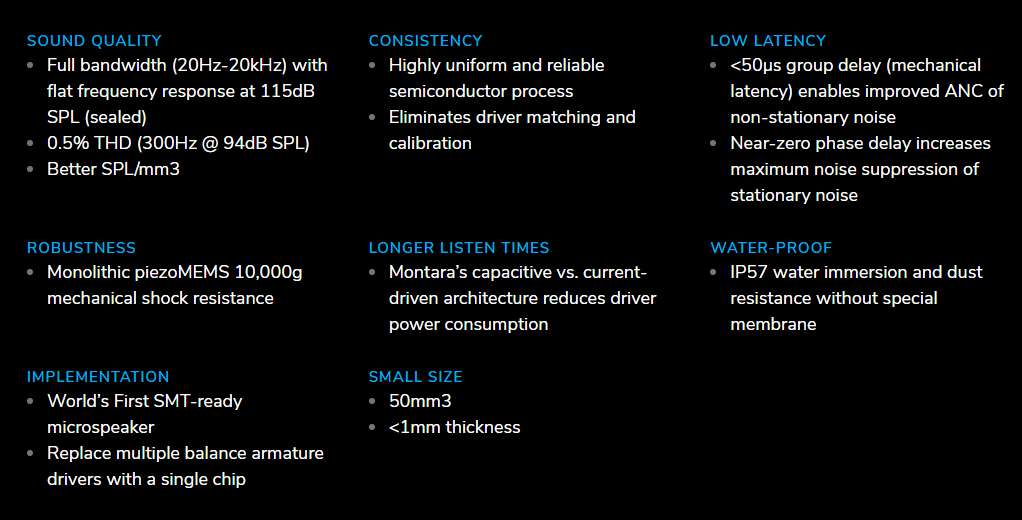 The Montara module is IP-57 rated, making it both water and dust resistance without the need for any special protective covering or membrane. Coming in a small size (only 1mm thick), low power consuming, easily integrated design makes it an amazing product.

With samples and evaluation kits available, the mass production of Montara is expected to start by the first quarter of 2021. Montara will be available in two options XSM-2300 MONTARA (STANDARD) and XSM-2300-S MONTARA (SIDE-FIRING), The standard version is available for now.