Top Posts
Once homeless, now on his way to Harvard...
Increase CPC for your Website | make money...
15 Important Travel Techs For Travelers | 2018
Cyber Security Concerns For Bitcoin as the Price...
What does a quantum computer do? | Latest...
Why I feel so alone | Does technology...
The Usage of Nanotechnology in the medical industry
Making of The Artificial Eye best to know...
Apple Watch launches a new ECG Feature to...
U.S. Energy infrastructure On Cyber-Security after Alert Issued...
Tech News

Imagine finding your phone ringing but instead of picking up your phone, you bite down on a piece of tech in your mouth. Researchers at the University of Auckland have pioneered such a device which allows you to have discreet hands-free interaction with techs like your phone, computer, and smartwatch. Such a device is categorized as wearable tech. Before we proceed, let us discuss what wearable tech is.

What is Wearable Technology?

Wearable technology, also known as wearable gadgets is a type of technological device which is worn by the user and usually contains tracking information, relating to health, fitness etc. This includes devices which have motion sensors and are synced with mobile phones and apps to help keep you updated.

The Augmented Human Lab team at the Auckland Bioengineering Institute (ABI), University of Auckland has designed a device which allows users to answer calls simply by biting down on it. It is one of the latest wearable techs being tested. It is named as ‘ChewIt’. It is encased inside a flexible, custom made PCB. ChewIt was developed ME student, Pablo Gallego, Dr. Denys Matthies, and Associate Professor Suranga Nanayakkara.

Nanayakkara’s Other Contributions to Wearable Tech:

Associate professor Suranga Nanayakkara is also known for his previous work in the field of wearable technology, specifically the FingerReader, a device which is worn on the finger. Once the user points at any written word, the FingerReader translates it into voice. 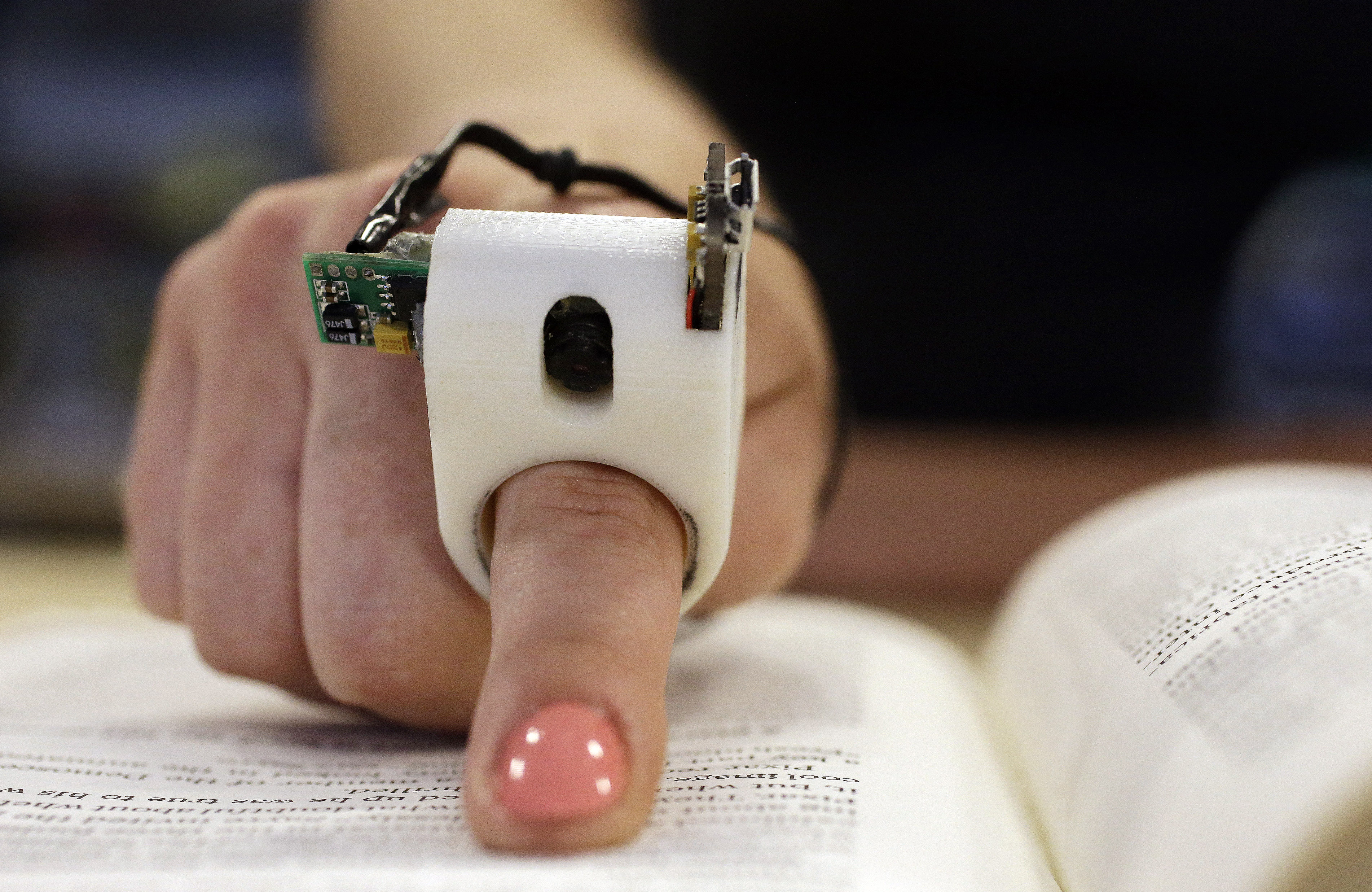 Suranga Nanayakkara and his team have also developed GymSole, a pressure sensitive insole which vibrates and gives users vibrotactile feedback to help them maintain correct body posture. This gadget was tested and was proven to be effective on people performing certain exercises which required correct posture.

Nanayakkara who moved from Singapore to New Zealand last year has done extensive work in the field of wearable technology. He has studied innate human behavior and current technology and focuses on innovations which tend to be more responsive to human instinct rather than requiring users to adjust the tech requirements.

Nanayakkara says, “We want to design and develop systems that can understand the user rather than us having to tell the technology what to do every time – technologies that can understand us much better than technology currently does.” Such technologies are known as ‘Assistive Augmentation’.  In this case, the system understands the user and is integrated with the user’s behavioral patterns. Assistive Augmentation allows users to extend their physical and sensory abilities, allowing them to do what they could never do before.