Top Posts
Making of The Artificial Eye best to know...
10 New Features in WatchOS 5 for Apple...
Increase CPC for your Website | make money...
How Wireless Charging Works for smartphones | Circuit...
The 5 Steps You Need to Follow to...
What’s Next | NASA Sending a Tiny Helicopter...
Why I feel so alone | Does technology...
How do Autonomous Vehicles work? | Automation Levels...
Once homeless, now on his way to Harvard...
Apple Watch launches a new ECG Feature to...
Tech News

What does a quantum computer do? | Latest Research & experiments

Researchers at the University of Michigan and Germany have performed experiments opening new doorways to quantum computing. They demonstrated how could be used to shift electrons between two states in a thin semiconductor sheet. These two states can be called as the 1 and 0 states in binary digits.

Researchers were immediately hooked and are now imagining if this technology could be integrated ion semiconductor computing systems to make them work around a million times faster than the systems we have today. The laser beams in the experiment are capable of shifting electrons a quadrillion timer per second, loads faster than ordinary bits in computer systems.

Exactly how do these 1s and 0s work?

In normal computers, the ones and zeroes are basically representations of the yes or no operations. Electrons moving during this process are in the range of gigahertz, one billion operations per second, however, using the above-mentioned technique, this operation is around a million times faster, so says Mackillo Kira, Professor of electronic engineering at The University of Michigan.

When electrons move in a semiconductor computer, they release a large amount of heat due to collisions, but with the concept of “lightwave electronics”, electrons can be guided to move faster by laser pulses, and so they do not collide as frequently as before. Also with the help of quantum computing, we can solve solutions a lot faster. The problem researchers face is the stability of the “qubits”. The quantum states are extremely unstable and fall apart. Therefore normal semiconductor systems use circuits operating at extremely low temperatures. With this new study, researchers will demonstrate how to process the solution before the state falls apart. 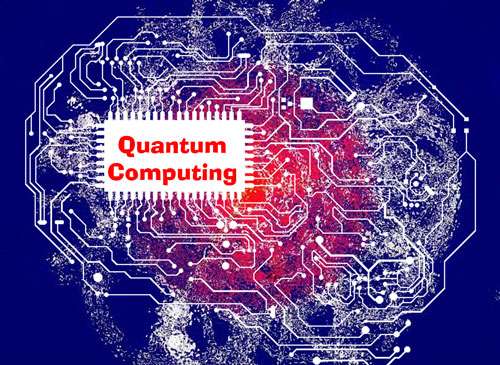 How did this experiment work? Lasers Could Make Computers 1 Million Times Faster

It all started with the discovery that ultrashort laser pulses could oscillate electrons back and forth in solids. Researchers then performed experiments trying to control electrons moving in semiconductors by using terahertz radiation. Researchers took a honeycomb-shaped lattice built of tungsten and selenium that was a single layer thick, with two states. The electrons found in this state are in a state of “pseudospins”, a sort of angular momentum of the electron. The two states of pseudospins encode the 1 and 0 state during processing. These pseudospins are almost like tracks in which the electrons move into when bombarded with light. When the electron moves into track 1, the state is 1. When it moves into track 0, the state is 0.

With this technique, quantum computing could allow electrons to move between tracks at such a rate, that they are almost at both tracks at the same time. This could even operate at room temperatures. Hence, integrating this into modern computers will help us to process data at rates we can only imagine. Although this research is yet in the initial stages and researchers have yet to perform quantum operations, a fully functional quantum computing system is, for now, a theory.