Top Posts
Why I feel so alone | Does technology...
Autonomous Flights Are the Future of Air Travel...
Increase CPC for your Website | make money...
Top 5 News Related to Electronic Industry |...
Smart plugs and The Smart Home Revolution |...
What’s Next | NASA Sending a Tiny Helicopter...
Making of The Artificial Eye best to know...
U.S. Energy infrastructure On Cyber-Security after Alert Issued...
Revolution In Electric Vehicle upto 2018 | Electric...
What Is Bitcoin and Blockchain Technology? A Quick...
Radar-AntennaUncategorized

What Does it Mean By Quadrotor | Unmanned Aerial Vehicles (UAVs)

by Abid Jamal November 28, 2017January 3, 2018 0 comment
A quadrotor, a type of UAV, is an aircraft with four motors mounted at its four ends and electronic board held in the center. The quadrotor attains the desired attitude and position by varying the speed of motors. Several forces and moments acting on the quadrotor such as gravity, yawing moment, gyroscopic effect, thrust due to rotational motion of the rotors and pitching and rolling moments caused due to a different thrust of the rotors. 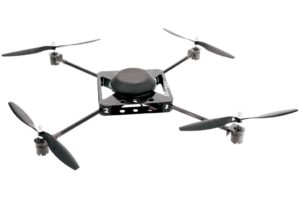 Advanced research in the area of control theory, embedded systems and sensors have made Unmanned Aerial Vehicles (UAVs) very efficient. The computational and cost efficiency of UAVs have made them very suitable for secret operations. However, some constraints exist due to their size limitation, such as small sensors are used which have more noise in operation as compared to large size components. However, there is a benefit of less effect of environmental disturbance due to a small size as compared to large size. Besides this, these UAVs are risk-free in terms of life as there is no risk of loss of life. These UAVs can be sent to dangerous areas for spy purpose. These UAVs can be used for weather forecasting, surveillance and coverage of events as well. Due to their importance, many control systems have been developed for UAVs.
Stabilization and robustness are the main control objectives which should be kept in mind while designing control for UAVs. A lot of aerodynamics forces exists in the atmosphere as a disturbance which results in noisy data from sensors. Highly efficient embedded systems are designed to make the flight of UAVs stable and robust. Due to ever growing need of UAVs, Very sophisticated and efficient control methods are required to ensure the stability and robustness of the flight mission. Initially linear control strategies were applied for the control of UAVs. However optimized mathematical modeling and highly faster computational embedded systems can improve the performance. Nonlinear control methods improve the performance of the control system and guarantee robustness as well.

Etienne Oehmichen did the pioneering work in the design of Quadrotor. He designed multi-copter with four rotors and eight propellers, which is a single-handed engine. He had used a frame of steel tube. At the end of the four arms, there are two-bladed rotors. Spinning motion of five rotors in the horizontal plane is responsible for lateral motion. One propeller is located at the front of steering. Remaining propellers are used for forwarding direction. This multi-copter posses a significant stability and controllability, and have made many test flights in the mid-1920s.

After that Dr. George de Bothezat and Ivan Jerome developed an X- shaped frame with six-bladed rotors [28]. Two propellers were used for thrust and yaw control by varying pitch. The first flight of this quadcopter was taken in October 1922. The height attained by this Quadcopter was 5m. Although there were some problems regarding power, and complexity in the structure and reliability of the quadrotor.
Convertawings model A Quadcopter was presented in 1956 which was a prototype for heavy military and civil multicopters. There were two engines installed for driving four rotors, and wings were used for lift purpose in forwarding flight mode. There was no need for rotor at the tail and whole control of Quadrotor was obtained by changing the thrust between rotors which is caused by varying the speed of rotors. Many successful flights were taken in the middle of 1950.
This was the best design of actual Quadrotor and it was also famous for the design of first Quadrotor helicopter for demonstrating successful flights. Due to lack of interest from commercial and military, this project ended.

Repairing of the broken power port of the...