Top Posts
Increase CPC for your Website | make money...
What does a quantum computer do? | Latest...
Once homeless, now on his way to Harvard...
15 Important Travel Techs For Travelers | 2018
U.S. Energy infrastructure On Cyber-Security after Alert Issued...
PCBgogo is Ready To Launch its new Website...
Healthcare Information Technology (HIT) and its Applications |...
The Usage of Nanotechnology in the medical industry
Making of The Artificial Eye best to know...
Lithium-ion battery pioneers win the Nobel Prize in...
Arduino

Arduino is referred to as an Open-source electronic board or platform programmed with special software which output is based on input given to it. Many kinds of useful objects can be made and aims can be fulfilled under its programming because it provides better electronic accessibility between users like artists, hackers, designers, etc. The output of Arduino relies on input which can be provided through smartphones, LEDs, motors, pushbuttons, GPS units, cameras, remote control, the internet, etc. 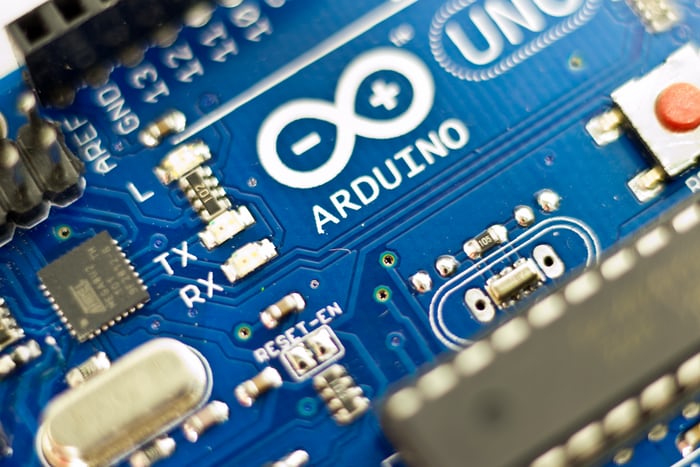 Sensors are responsible for the conversion of physical quantities like temperature or light into electrical quantities. Arduino sensors are made for fluent and efficient output. The digital signals are generated through IR obstacles or ultrasonic modules. Such as Motion sensors, object detection transfer the environment changes as an input signal to the electronic device. Arduino include different type of sensors such as light sensors, temperature sensors, motion or object detector, ultrasonic sensors, knock sensors, tracking or metal detector etc. 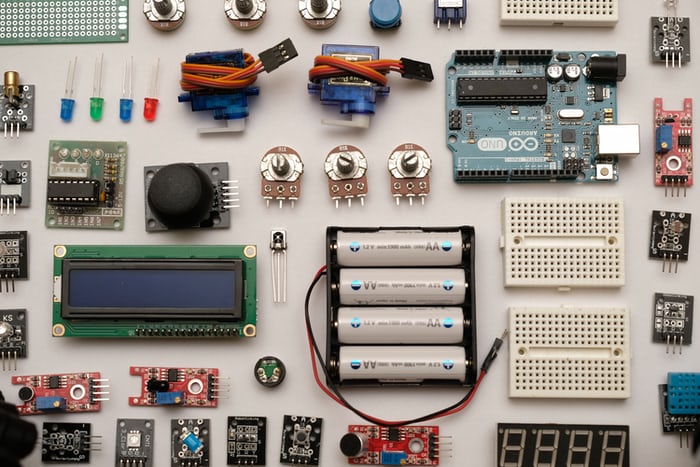 IR transmitter and receiver work together to generate electric signal under the influence of any object coming into the way of IR light. The range of the module can be adjusted as required by using its potentiometer. The principle of the IR sensor is the reflection of IR light that is detected through the receiver. 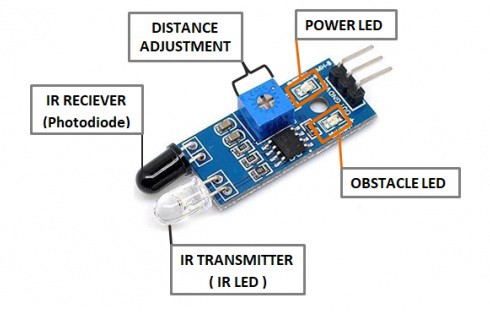 Also referred to as soil humidity detector. Soil moisture sensor detect the water content in the soil based on the alteration of soil properties that are depending on the moisture. It works best when completely surrounded by soil. Different types of moisture content are available such as a point soil moisture detector that tells the water content of a single point. Multiple single-point sensors are used to measure the water content of more areas. There are soil water profiling probes are being used to detect water on vertical soil horizons. 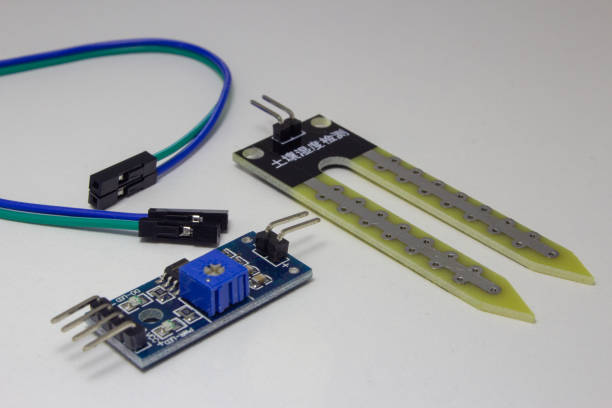 The sound sensor detects the loudness of sound. The sensitivity of the digital output pin can be adjusted by a built-in potentiometer. It is used to detect the surrounding environment sound as if it accedes the limit. LED light turns on if the sound intensity gets higher than a specific threshold. 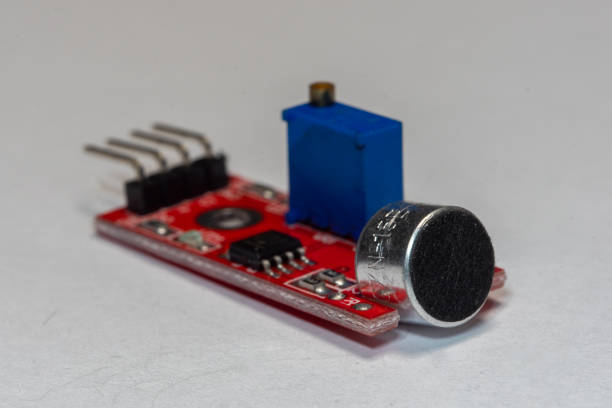 Barometer/barometric pressure sensors are used to detect atmospheric pressure alterations in the surrounding environment. Mainly it is used to interpret short-term weather changes. The miniaturized barometers can be used in microcontroller boards (Arduino) or smartphones. In the past mercury, barometers were used but now in modern pressure sensors, no liquid is required. MEMS and Aneroid barometers are widely used nowadays. 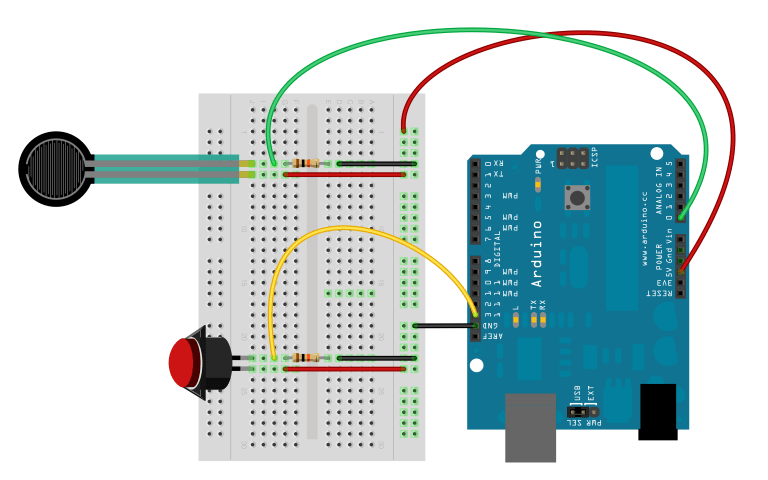 They provide more accuracy for even small environmental pressure changes. Aneroid cells a major component of the Aneroid barometer, contract or expands under small alterations of atmospheric pressure. Expansion and contraction of cell makeup mechanical amplification can be depicted through pointers present on the device display.

Light-sensitive resistors alter the resistance value of the component under exposure to light. There is an inverse relationship between resistance and light i.e. when light intensity increases the resistance decreases. These are also known as Light Dependent Resistors. LDR has wide applications influencing daily life. LDR or photoresists are used in Street lights, automatic doors, alarm clocks, light intensity meters, etc. 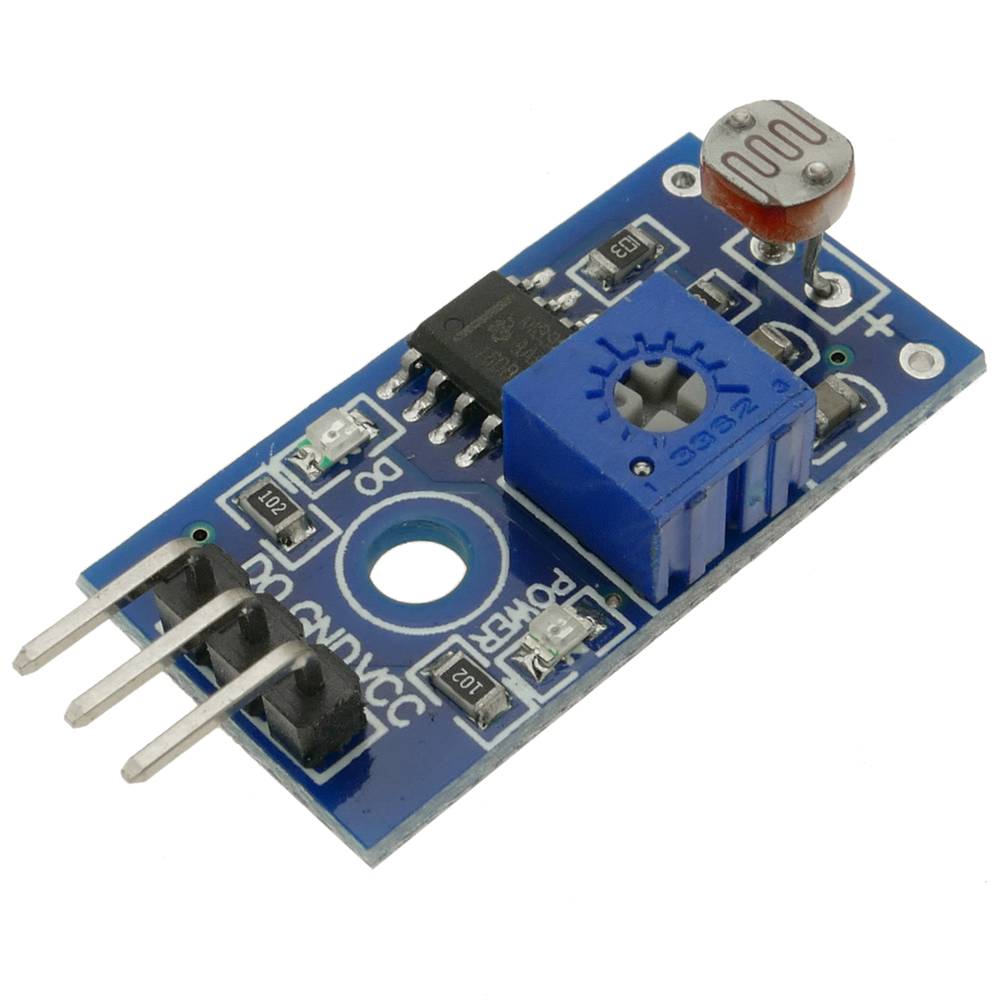 This sensor is consists of LED light that provide a visual output for the input of knock sound or vibration. The intensity of the signal is depicted by turning on the LED light. Knock sensor is widely used in car engines to detect ignition timing and damage control. The sound or vibration signal of the engine is altered in an electrical signal directed to the car’s ECU (engine control unit). CEL (check engine light) of cars can also be monitored through a knock sensor. 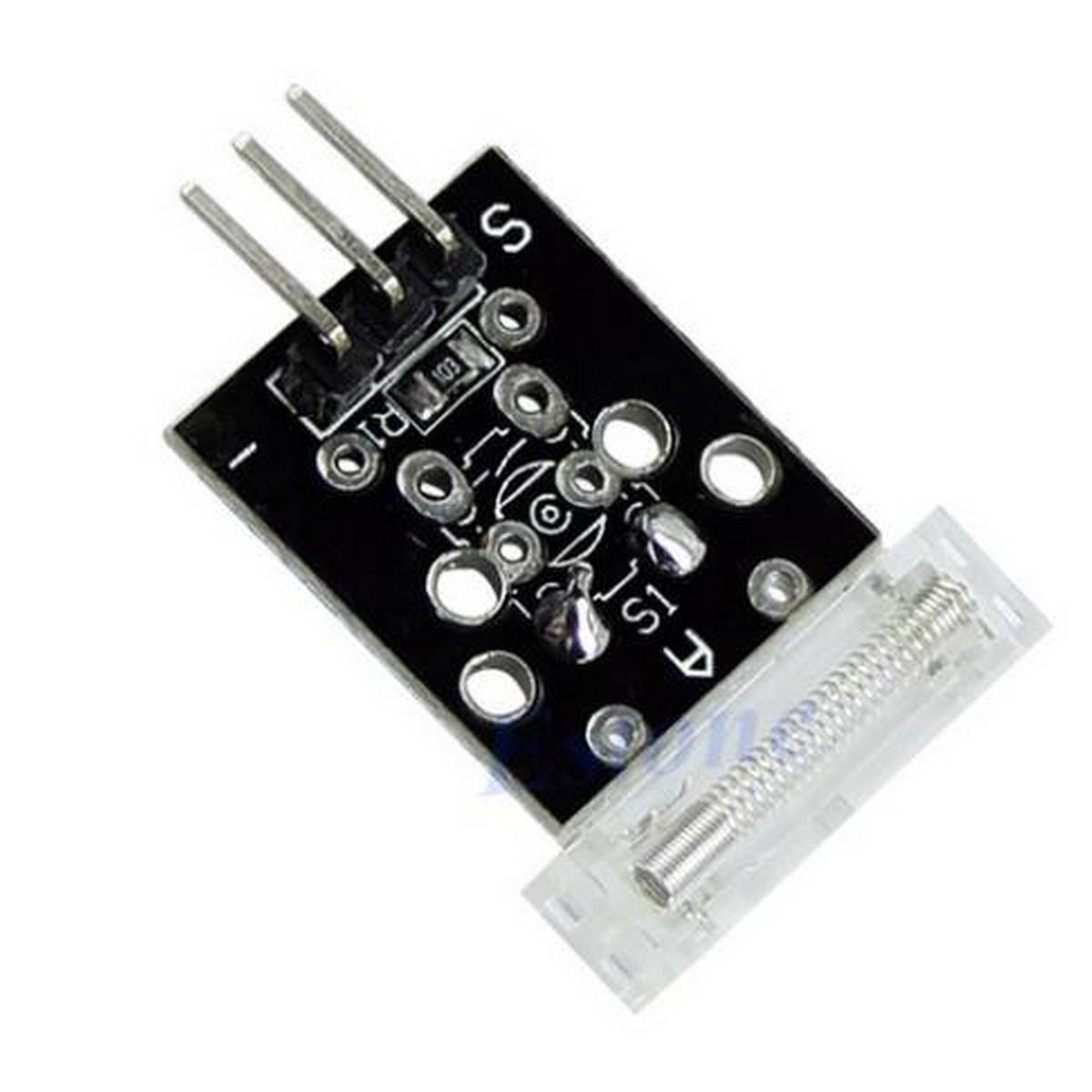 For determining and tracking heartbeats heart rate pulse sensor is used under voltage of 3 to 5. An optical heartbeat sensor assesses pulse waves through blood pressure alterations in vessels. Optical sensors use alterations in volume as a signal and a green LED light to make an output accordingly. 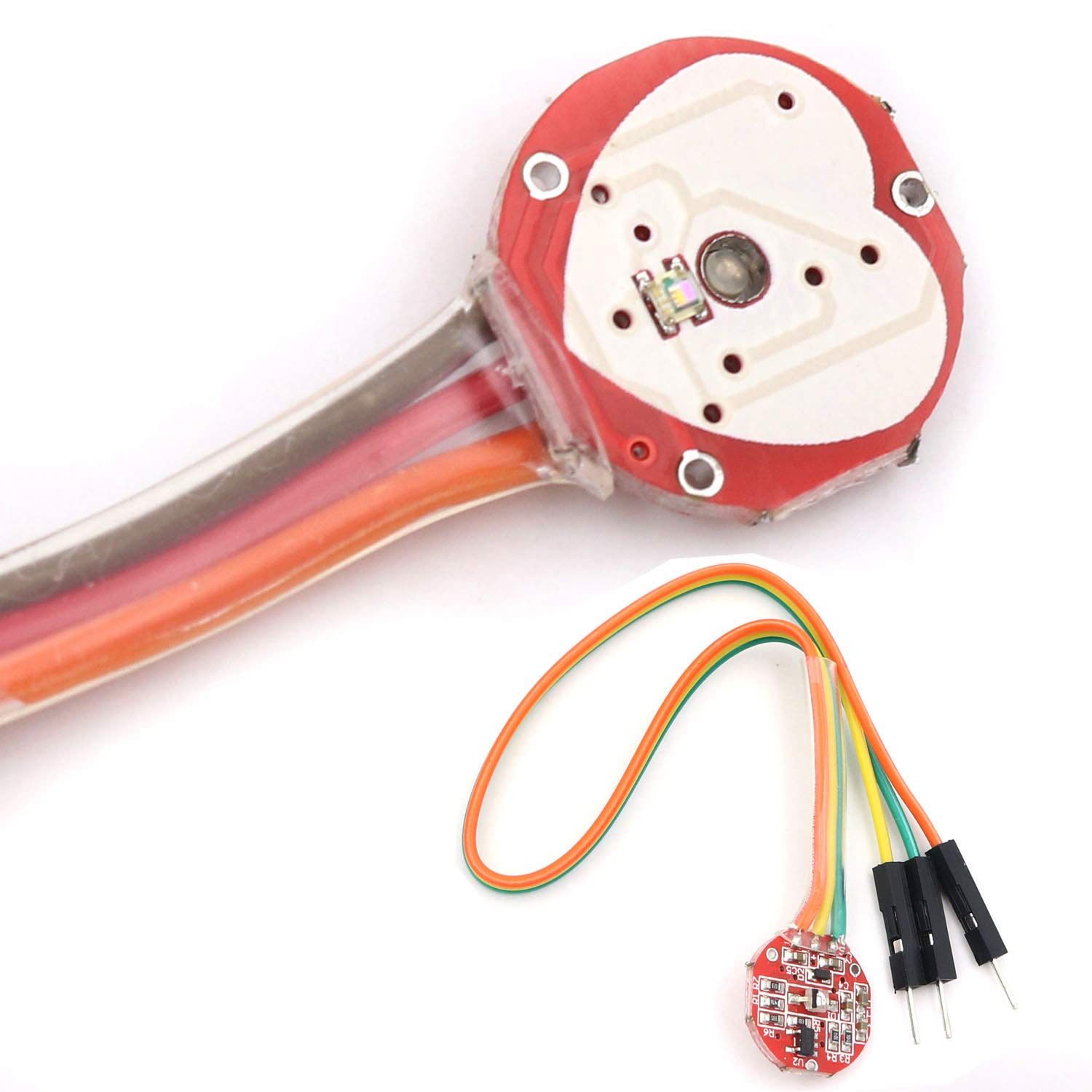 IR sensors having transmitters and receivers are also used for this purpose. Heartbeat is detected by reflected light from the body, photodiode, and microcontroller.

It is a gas sensor that assesses the presence of ethanol in the air. The concentration of ethanol/alcohol determines the output through LED light. The range of detection is 10-1000 ppm of alcohol or ethanol. 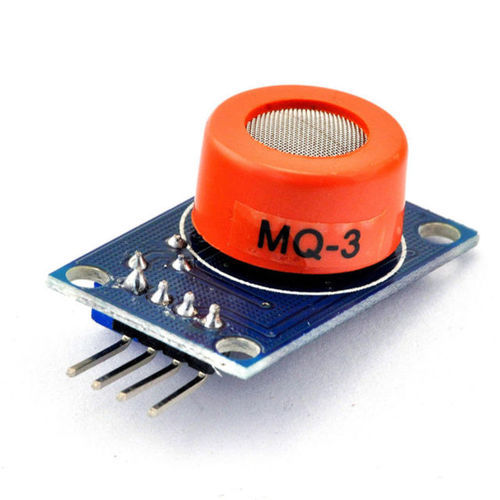 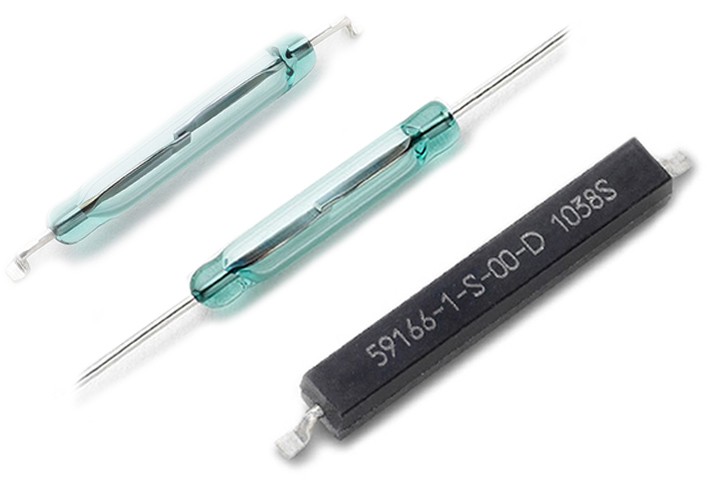 Ridges and grooves of fingerprint determined through light and dark area identified by the scanner of fingerprint sensor which acquires finger tip’s low-resolution snap shorts and generates a 2D image of the fingerprint. For illumination LED light is used. It can be connected to TTL serial system, microcontroller, and FLASH memory. 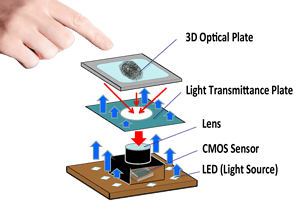 The ultrasonic fingerprint sensor is more accurate than the optical sensor as it gives 3D fingerprint model acquired through ridges, pores, and pulse.

Speed of rotating or moving objects like motor or pulse can be determined by Arduino speed sensor. It determines the rotational speed and changes in the speed of the object. There are many kinds of tachometers used like magneto-resistive speed sensor, IR dependent speed sensor, and hall-effect based speed sensor. 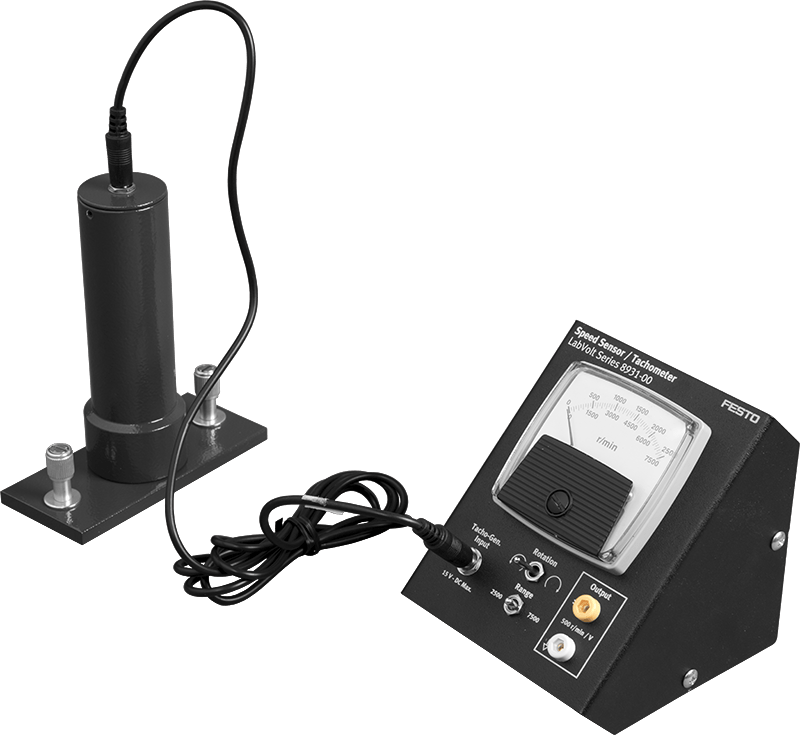 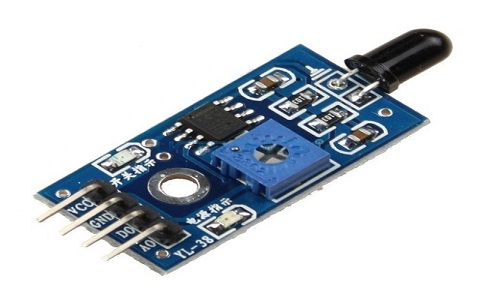 The color sensor is used to screen out specific colors or specifically pigmented objects. Static colors can be detected by this sensor. The output of the sensor is based on the square wave which frequency is according to input light intensity. 10mm is the optimum detection distance of input light wavelengths. 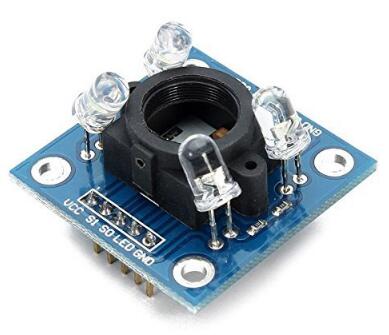 CH4 gas detector used in factories, houses, and other buildings to detect gas leakage. It is also known as a methane propane hydrogen gas detector. A wide range of gases can be detected by this sensor such as LPG, butane, alcohol, hydrogen, propane, smoke, and other combustible gases. 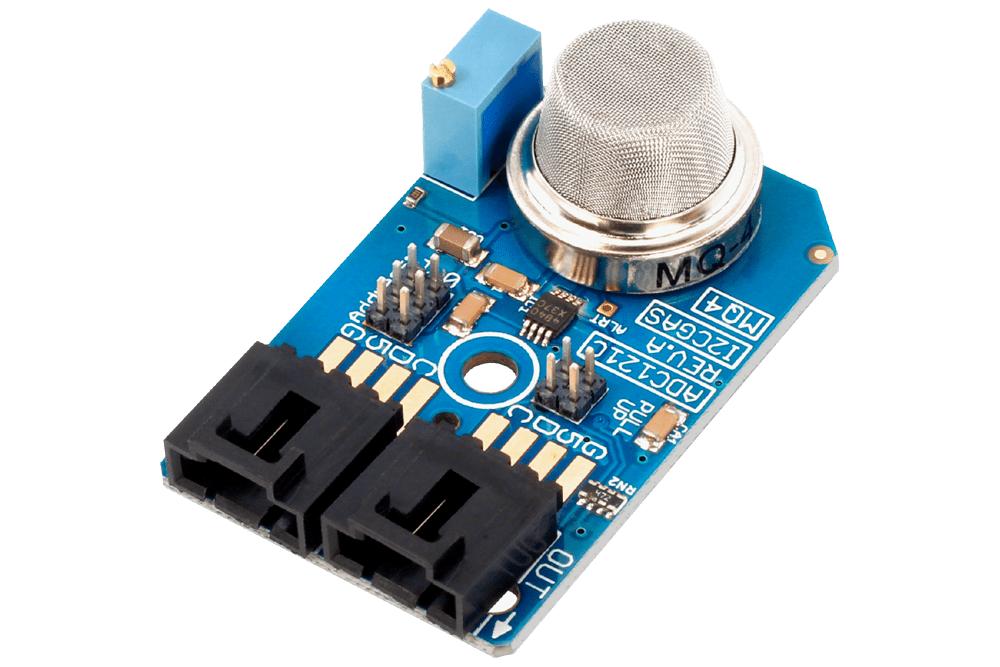 I am Mussera-tul-Hira from Pakistan. I am currently working as a content writer. Recently completed M.Phil in Botany from UAF, Pakistan. Its been almost a year working in the field of content writing as a freelancer. During this journey wrote and published content about different genres like science, health, technology, society, and various marketing/affiliated articles. For me, Technology turned out to be an engaging genre to learn, research, and write. Researching and writing about new things allows me to learn every day and enhance my skills.

How to Interface RGB LED with the Raspberry Pi Pico Board

Kids are affected by remote learning more than you think, here’s how