Top Posts
Increase CPC for your Website | make money...
Making of The Artificial Eye best to know...
How Wireless Charging Works for smartphones | Circuit...
The Future Of Warfare: Military Robots
Why I feel so alone | Does technology...
PCBgogo is Ready To Launch its new Website...
Eight Healthcare Tech Marketing Trends You’ll see in...
Autonomous Flights Are the Future of Air Travel...
How Tesla is Disrupting the Entire Automotive Industry...
15 Important Travel Techs For Travelers | 2018
Electrical Engineering

What is Grounding in term of Electrical Engineering and How Does It Work?

A lot of people are confused on the concept of grounding, what is grounding? Where does the electricity go after grounding? And how to make sure your home is grounded properly? First we will go through some basic laws and conditions to understand this concept a lot better. 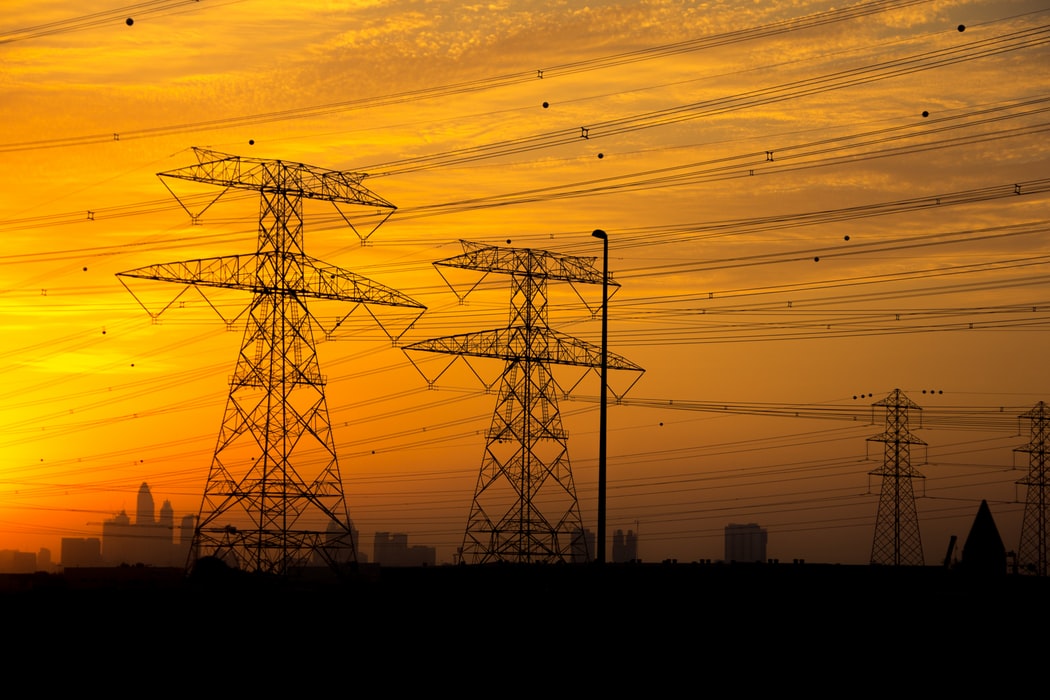 “Energy can neither be created nor destroyed. It can only be transformed from one form to another.” This is the basic law of conservation of energy.

From here, another question arises: “Where did this energy initially come from?” There are a number of hypotheses. Some believe it to be created by a divine power, whereas scientists are yet on the hunt for facts. One widely accepted theory is that the total energy of the universe = zero. That is energy can be divided into two parts, positive and negative, hence the total becomes zero i.e. 0=1-1.

Let’s go back to the law of conservation of energy. As electricity is a form of energy we generate from the earth’s resources, and according to the laws of nature, energy should return to the source from which energy is created. Electricity is at a high potential, separated from the earth, but this is not actually true. In reality, the wires transferring electricity are also grounded 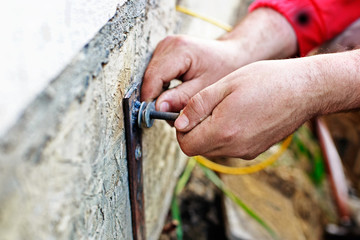 Consider a typical household wiring system. It will consist of a live wire and a neutral wire i.e. a single phase connection, or it will consist of a three live wires (RYB) and a neutral wire i.e. 3 phase connection. In order to prevent static electrocution, the wires are grounded or in other words, earthing is done. Thus electricity returns to the source from where it had originated.

When you ground a circuit you are completing the circuit back to its source. So we can consider it as a large resistance. (Some systems are however kept un-grounded.) We use earth as a ground level as it is a great conductor, easily carrying away electricity. This also makes Earth a useful reference for electrical potential.

The first concept of electricity can be traced back to its pioneers, Benjamin Franklin. Through his kite experiment came the lightning rod and the concept of positive and negative charges. 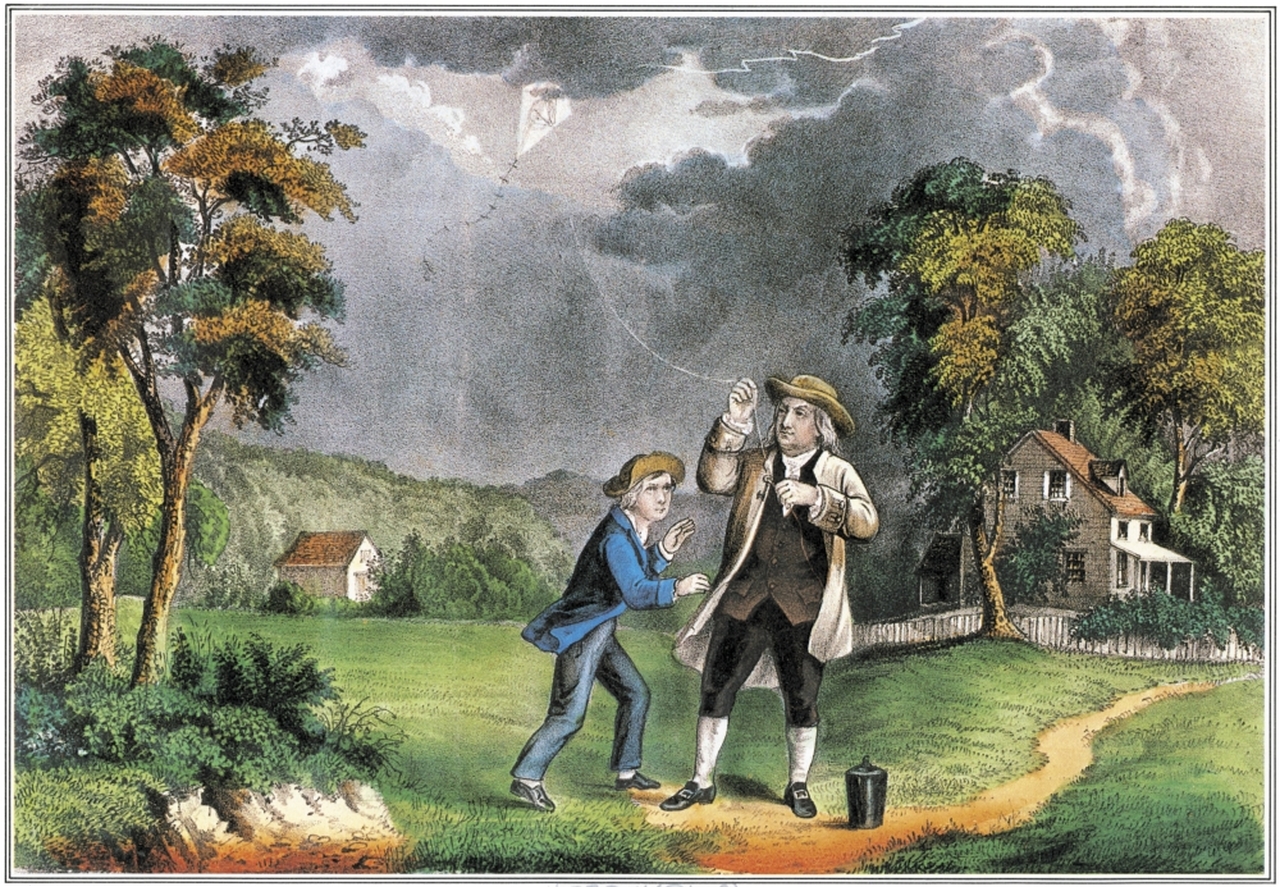 Another of the mighty pioneers was Thomas Alva Edison. In 1879 he invented the Edison Electric Light Company. The electric company would operate on the concept of an electrical circuit. The company would send electricity through a wire to a customer and then back through another wire and in this way it would be sent back to the customer again.

In this way a customer would get the same batch of electricity again and again and new electricity was rarely generated. Customers would be paying for pumping of this electricity, not for necessarily using it, so don’t worry if you think the electrons flowing back into the earth were being wasted.

Now that we’ve briefly discussed the concept and history of grounding, let’s move on to the next question. How does home grounding work and how can we make sure our homes are properly grounded?

Have you ever touched the metal outer covering or the electronics in your home and felt a sudden shock of electricity. This is because your home has not been properly grounded.

Electric grounding essentially acts an alternate route for the surplus current to flow back into the ground if there is a fault in the wiring system i.e. it directs it away and saves you from harm. Ground acts as the reference point from which voltage is measured. Grounding also limits the build-up of static electricity in devices.

How does grounding work?

As we’ve discussed before, earth acts as a conductor and hence all the excess current is drained through this return path. And since the voltage at the earth level is zero, it acts as a reference point for measuring voltage in electrical systems. 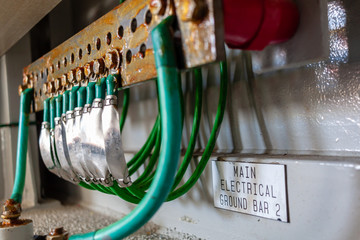 A ground wire is basically a copper rod deeply buried in the earth. We also mentioned single phase and three phase systems. Color coded wires are used in these systems to distinguish between the neutral and earth wires. Hot wires are black and red, neutral wires are white whereas ground wire is shown as green.

Keep in mind that neutral and ground wires are different. The neutral wire is a normal current carrying conductor which is used to direct the electrical current back to the power source so as to better control and regulate voltage. On the other hand, the ground wire is a normal non-current carrying conductor which is designed to direct electrical energy away in case of a fault in the system.

Is your house properly grounded?

For your house to be properly grounded there should be a physical connection between the ground and the electrical devices of your home. You’ll probably find the 3-pin plug socket in your homes. The bottom two are for phase and are neutral for A.C. current whereas they act as positive and negative terminals for D.C current. On the other hand the third pin is called the grounding terminal as it is physically connected to the earth’s surface through a separate electrical wiring system.  This system will lead away any surplus electricity or leaked electrical current to the ground and in this way, saves you from electrocution.

You’ll find cities and suburban areas face the most grounding problems, simply due to the lack of area for grounding. Thus, electricians face a lot of problems while trying to properly ground a house. Take an example, an exposed wire could be exposed to metal pipes which could harm anyone that comes in contact with them. This is why it is very much important that your home is properly grounded. Even if you’re planning to move to the city, make sure you’ve sorted out your home’s grounding system beforehand. 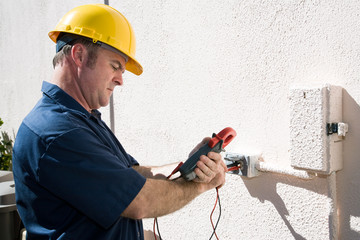 For this, you need to get an electrical inspection of your home, especially if your house is a bit on the aged side. Make sure any potential wiring problems and grounding issues are identified before they do you or your family harm. It’s best to check and take action as soon as possible!

5 Ways to Make More Money on the Internet

Electronic Ballast VS Magnetic Ballast in terms of Electrical Engineering

Features and Importance of Switchgear Device Relays in...