Top Posts
Cyber Security Concerns For Bitcoin as the Price...
Why I feel so alone | Does technology...
New Research at UCLA: 3D Bioprinting will be...
What does a quantum computer do? | Latest...
Making of The Artificial Eye best to know...
Increase CPC for your Website | make money...
The 5 Steps You Need to Follow to...
How Wireless Charging Works for smartphones | Circuit...
10 New Features in WatchOS 5 for Apple...
How do Autonomous Vehicles work? | Automation Levels...
Product Reviews

The Top 8 Best Gadgets of 2020 for ElectronicsLovers

Just a decade ago, 4G was the new thing. Then, 2019 gave us folding phones and wireless earbuds and introduced us to 5G. These trends are expected to continue in 2020 along with a new generation of tech and gadgets.

This year’s CES had a lot to offer in terms of exciting gadgetry, some of these aren’t going to available in the market just yet but will give you a gist of what 2020 is bringing. Here’s a small list of some of the hottest gadgets this year will offer.

Named after the collaboration with Team Avatar, the Mercedes-Benz VISION AVTR is truly one hell of a machine. The name is also a reference for ‘Advanced Vehicle Transformation’. This dynamic vehicle comes with over 350 kW of pure engine power (powered by organic battery tech). Then each wheel has its own fully individually controllable motors that try to keep it at the best driving dynamics possible, this means each wheel can be driven separately. 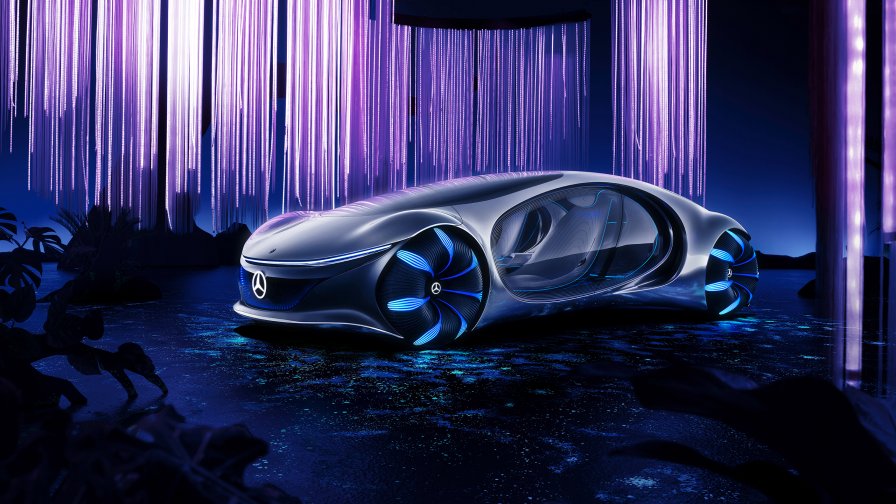 Therefore the VISION AVTR can roll 30 degrees sideways unlike conventional motors (a sort of crab-like movement). The vehicle also takes used digital neurons that flow around the vehicle to sense passengers’ energy.  The vehicle creates a sort of ‘biometric connection’ with the driver, as Mercedes states “the interior comes to life and the vehicle recognizes the driver by his breathing.” There is no steering wheel (pretty autonomous) and did we mention it is environment-friendly too!  One thing for sure, Mercedes has truly raised the standards for the future of transportation.

Some are considering this the biggest phone accessory to existing, Samsung’s 4K Sero TV designed specifically for the ‘mobile generation’. This 43-inch set is designed to rotate to portrait mode for vertical videos, sort of like a giant phone. You can mirror all those vertical YouTube videos and TikTok videos you like watching on your smartphone. The default setting for this TV is actually portraited mode but the integrated motorized mount rotates the screen back and forth as required. ‘Sero’ essentially means ‘vertical’ in Korean. You can mirror phones other than Samsung too. The stand itself comes on wheels, (no wall mounting). 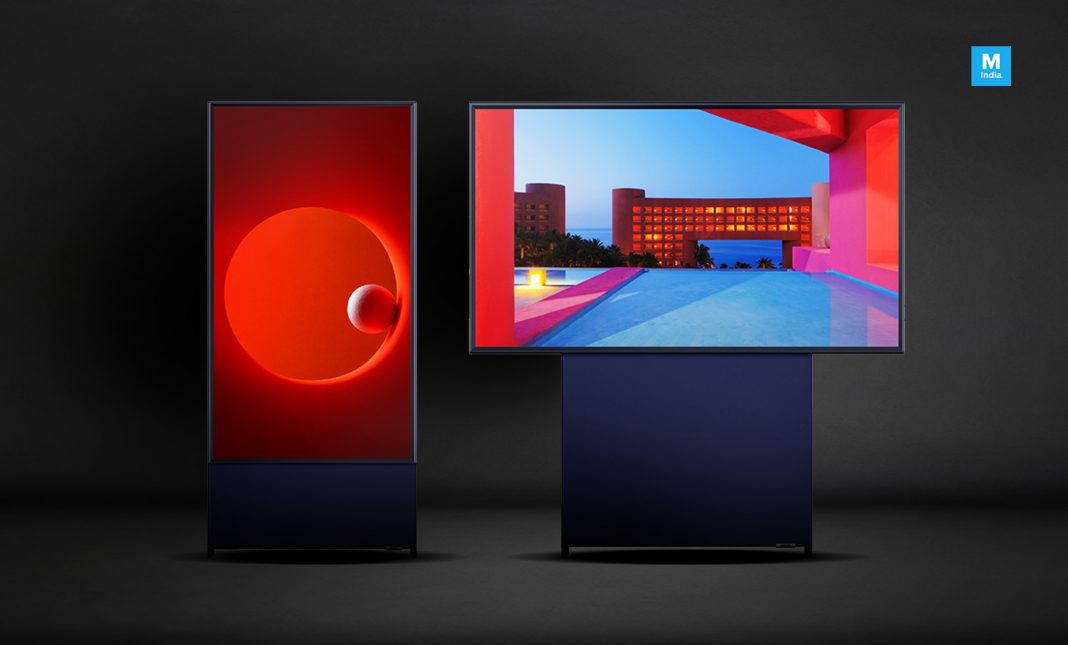 This QLED TV is available in South Korea as of now and is expected to ship worldwide later this year, pricing is yet to be announced.

At one time, seeing a TV appear out of nowhere would be considered magic, but LG’s Signature OLED TV R does EXACTLY that! But this isn’t magic, its cutting-edge tech. The TV transitions by rolling down into its base when not in use. LG has used the OLED’s natural flexibility and built a base that acts as a storage, unfurling mechanism and sound system all at once. The TV itself unfurls quite silently and engineers’ recon it can be furled and unfurled around 50,000 times. 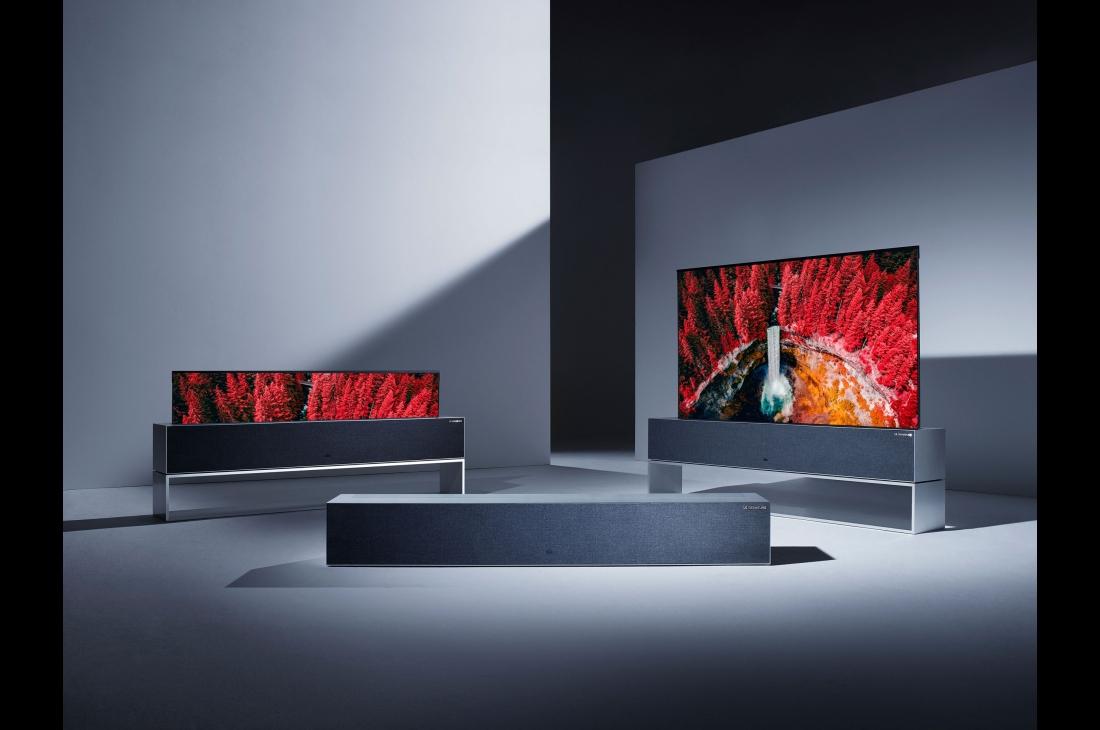 If you’re a die-hard fan of gaming, you’re in luck because 2020 has something in the store for you. The 17.3 inch 1080p MSI GE75 Raider 9SF has to be one of the most powerful laptops you can get at a reasonable price. It runs on the NVidia RTX 2070 graphics core and 16GB of dual-channel DDR4. It also comes with around 512GB SSD + 1TB storage. So, it can handle pretty much everything you throw at it. Compared to its rivals, it outperforms and outsells. You can get it now at the price of £2,200. 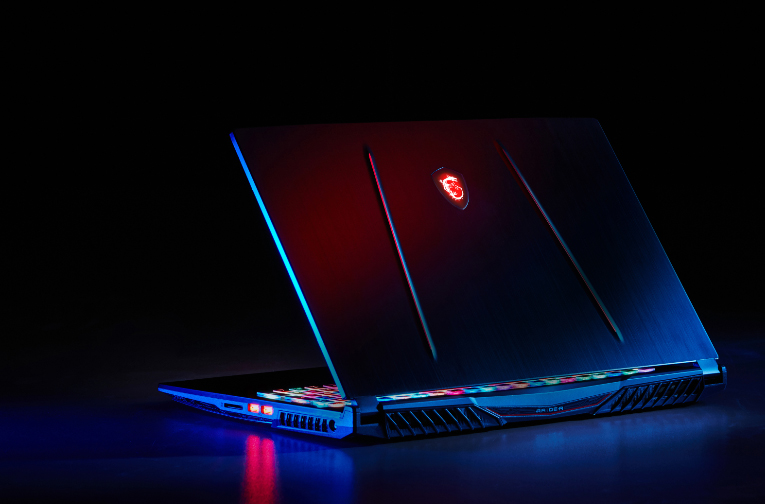 Another streaming platform called Quibi also seems to be garnering attention everywhere. Why is that you ask? Well for one it is designed specifically for use on smartphones, not televisions. This streaming startup basically intends to offer short-form videos designed to be played on smartphones. For example, movies streamed on this platform could be divided into 10-minute clips or shows that are to be streamed could be shorter and easy to watch on the go. 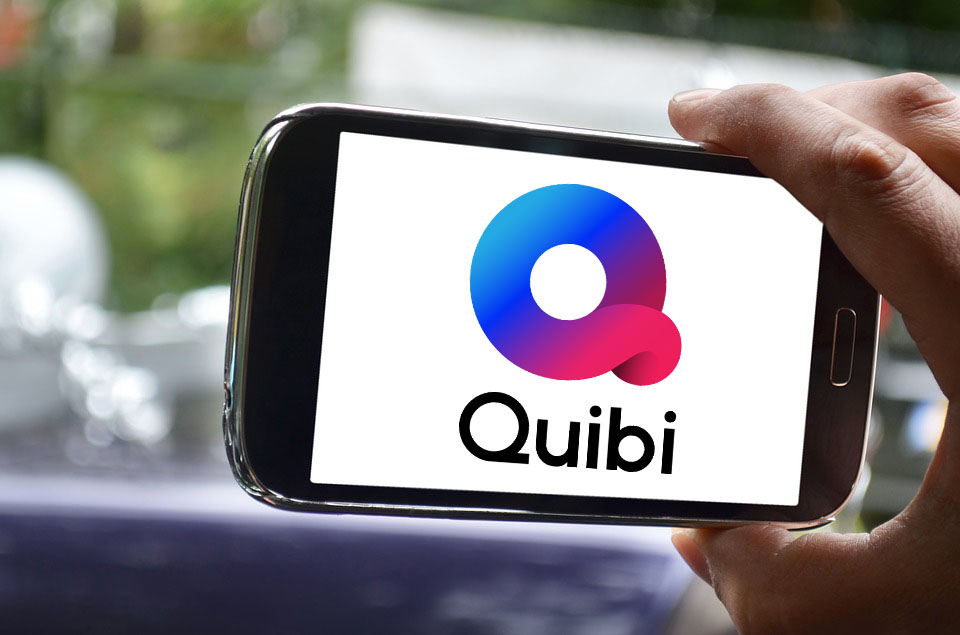 For now, Quibi has been signing up lots of big-name actors to take part in their projects, the likes of Chrissy Teigen, Zac Efron, Idris Elba, and Steph Curry. Quibi is expected to make its debut April 6th and will come at the price of $5/month for Quibi with ads and $8/month for Quibi without ads.

Razer just revealed its first desktop gaming PC last month and it’s caught our eyes for sure. Mainly because it’s unlike those you’ve seen before, smaller and easier to work around. Here’s what makes is truly exciting: it doesn’t come with a traditional motherboard or desktop CPU but rather an Intel NUC Element modular computer i.e. a swappable controlling unit that contains up to a 45W Core i9-9980HK mobile CPU, cooling, slots for memory and storage, a Wi-Fi 6 radio, lots of ports, and all the headers a motherboard would normally need to power a desktop PC. 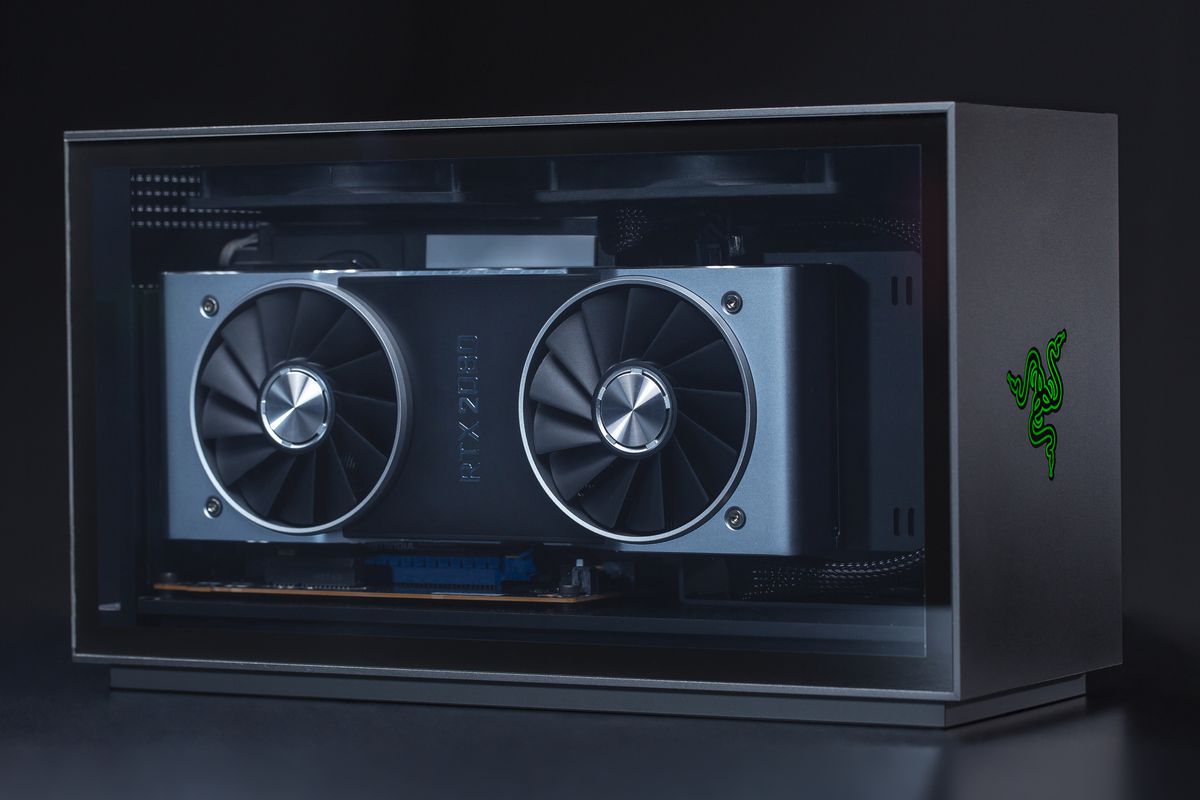 The new Tomahawk is modular in shape and you can easily pop parts into place, no fancy tools required. It includes a Core i7, 16GB of RAM, 512GB of solid-state storage and an undisclosed RTX 20-series GPU.  For now, we don’t have a clear date of release, the pricing isn’t set either but Razer is planning to target a price just over $2,000.

Airpods and in-ear gadgets have had quite the hype this year. But if you’re considering going for headphones, the Sony WH-1000XM3 Headphones are the ones for you. Do they come with noise-canceling? Yes. The design features and performance (in terms of noise-canceling abilities and sound) with these headphones are just hard to beat. They also come with up to 30 hours of battery life and USB-C rapid charging. You can get these for $330-350. 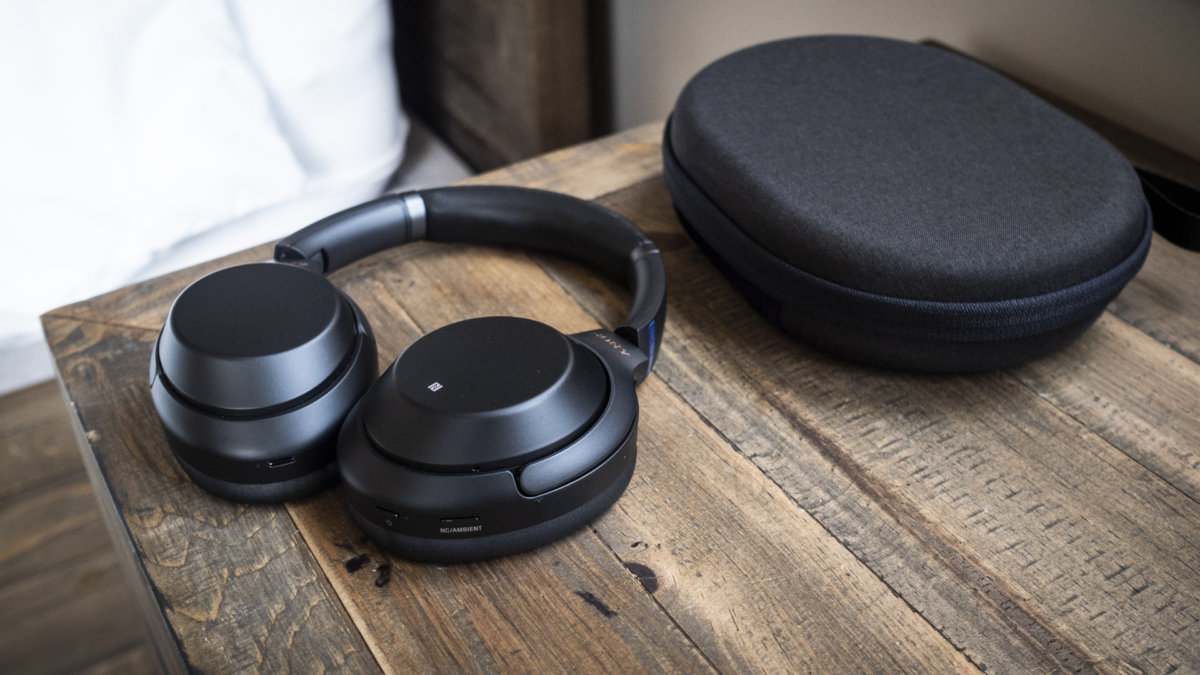 We loved the iPad Pro and Apple seems to be adding new accessories to the 2020 version. The new iPad is rumored to be updated by March. There are talks of the addition of the ‘Smart Keyboard’, an apple accessory, faster, easier to work with, and also doesn’t need to be recharged as it draws its power from the iPad Pro. There are also rumors of the smart keyboard being backlit (that would be quite the upgrade). 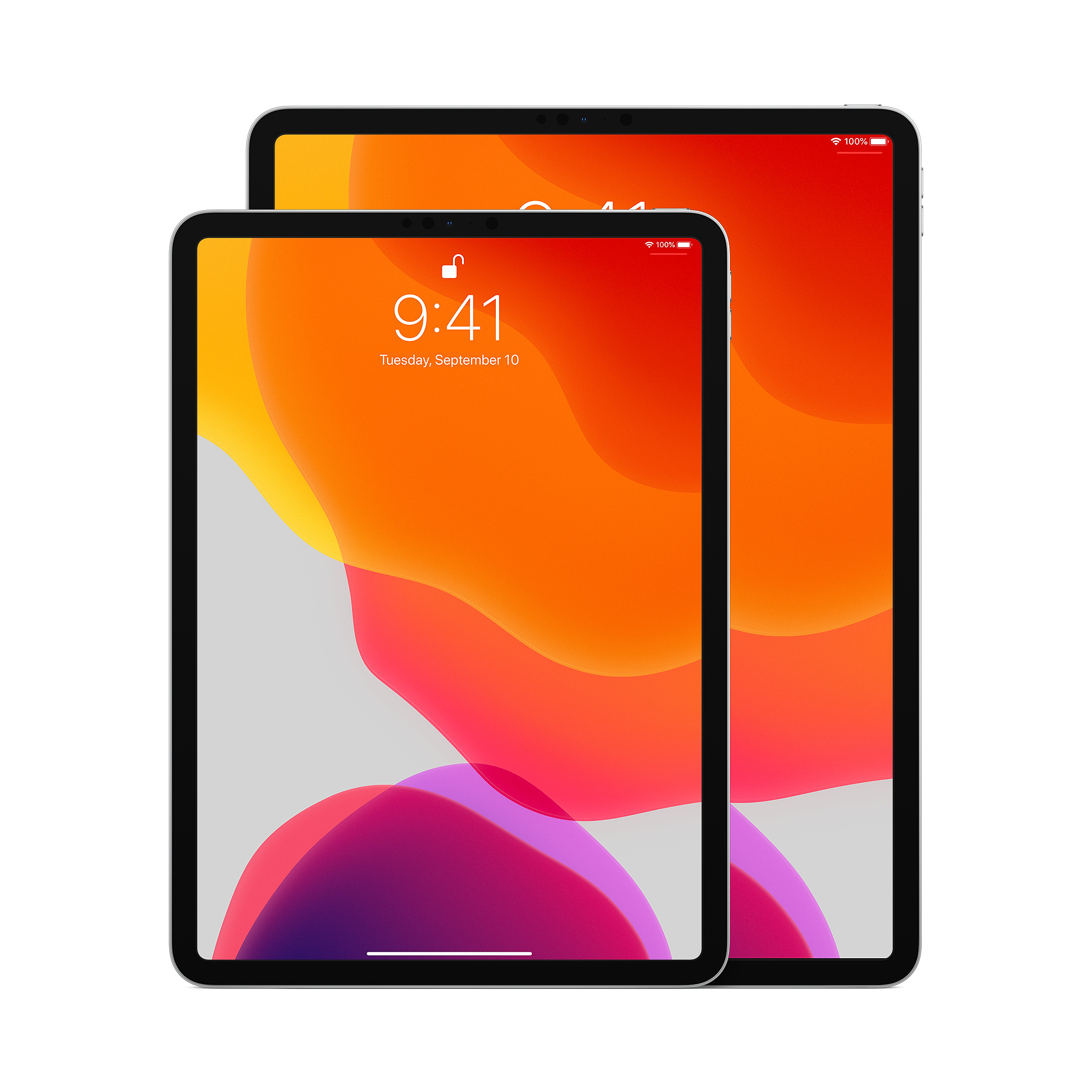 Previously, we also heard rumors of Apple developing a 5G iPad Pro with mmWave support. Finally, we expect to see the same liquid retina display, face ID and the A12X Bionic chip, an external USB-C and up to 10 hours of battery life. Pricing is yet to be disclosed.

One of the Best Electrical & Electronics Components Distributor – UTSOURCE.NET

Prevent Disasters by Fixing Bad Electrical Wiring in Household in 2020