Top Posts
E-mail: Tips and Secret Features Revealed For Professionals
Increase CPC for your Website | make money...
5 Steps You Must Take to Be Successful...
Making of The Artificial Eye best to know...
The 5G Revolution: Expected to be commercially available...
PCBgogo is Ready To Launch its new Website...
Why I feel so alone | Does technology...
Smart plugs and The Smart Home Revolution |...
The Future Of Warfare: Military Robots
Healthcare Information Technology (HIT) and its Applications |...
Tech News

Humans communicate using a mixture of gestures, expressions, and sophisticated languages. All these forms of communication link individuals in a way so they may share information and work collectively. A new study revealed ‘BrainNet’, a technology used for multi-person brain-to-brain interface for direct collaboration, in other words, a means of communication by directly linking the activity of human brains. 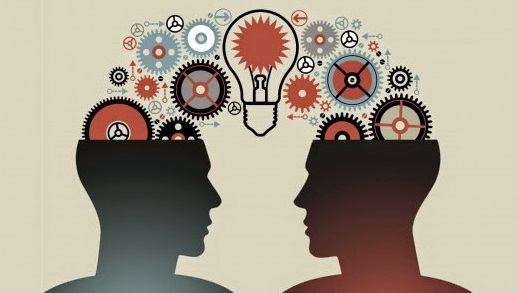 The study conducted involved the transmission of electrical activity from the brains of a pair of subjects to the brain of a third subject in the form of magnetic signals. The magnetic signals conveyed an instruction to perform a task in a particular manner. For many years, direct brain-to-brain communication has been a subject of intense interest.

Another study has already been conducted on the idea of interconnected brains using lab rats. In this case the brains of several rats were linked using complex implanted electrodes known as brain-to-brain interfaces. They called it the first “organic computer”. The rats synchronized the electrical activity of their nerve cells as those in a single brain and were tested for the ability to discriminate between two different patterns of electrical stimuli and the results showed them outperforming individual animals. Hence the question arises, could networking human brains maybe enhance their performance? Make them faster, more efficient, and overall smarter?

The new paper addressed some of these questions. Three individuals were seated in separate rooms and collaborated to correctly orient a block so that it fills a gap between other blocks in a Tetris-like game. Two subjects were categorized as ‘senders’ who could see the gap and tell how the block was to be oriented. The third subject was designated as the ‘receiver’ who was unaware of the correct orientation and relied on the instructions sent by the ‘senders’.

After getting instructions from both senders, the receiver decides whether or not to rotate the block. The receiver was also equipped with an EEG which would signal that choice to the computer. Once the decision was made on the orientation of the block, the game concluded. The results were then given to all three participants.

The senders could then evaluate the receiver’s actions and the receiver could assess the accuracy of each sender. They were then given a second chance to improve their performance. Overall five groups of individuals were tested using the BrainNet and the results showed 80% accuracy in completing the task. Investigators sometimes added noise to the signal sent by the senders to intensify the challenge. The receivers quickly adapted and came to identify and follow instructions of the more accurate sender.

Such studies have been conducted before. Brain-to-brain interfaces span across species. In one study, a noninvasive brain interface was linked via computer to the BCI of an anesthetized rat, which a human then used to move the animal’s tail.  In this paper however, the brains of multiple humans have been linked in a noninvasive manner. They also say the number of individuals whose brains could be added to the network is unlimited. This is still a simple basic form of information being conveyed.

The authors propose the use of functional magnetic resonance imaging (fMRI) to simultaneously image brain activity in order to increase the information a sender could transmit. They also suggest that TMS be delivered to specific brain regions in a focused manner.

Even so, this is not as simple as it seems and requires a lot of work before we take it further. The tech itself raises many ethical concerns, could the future form of brain-to-brain networking enable a sender to have a coercive effect on the receiver? Could information from someone’s brain be compromised or infringed?

How Smartphones Are Affecting Your Brain and Body – 2020