Top Posts
Making of The Artificial Eye best to know...
10 New Features in WatchOS 5 for Apple...
The 5 Steps You Need to Follow to...
Why I feel so alone | Does technology...
What’s Next | NASA Sending a Tiny Helicopter...
How do Autonomous Vehicles work? | Automation Levels...
Once homeless, now on his way to Harvard...
Increase CPC for your Website | make money...
How Wireless Charging Works for smartphones | Circuit...
The Future Of Warfare: Military Robots
smartphonesTech News

The latest Apple Event 2019 held on Tuesday the tenth of September had much to reveal to the eager audiences. From updates on Apple Arcade to the new Watch Series 5, and most importantly what the new iPhone series has in store for us. As always, Apple did not disappoint and left us intrigued for sure.

The iPhone 11 debuted with a dual-camera configuration and it comes in six colors i.e. black, green, yellow, purple, red and white. Weighing a total 194 grams or 6.84 ounces and holding a 6.1-inch Liquid Retina HD display. Apple sure didn’t go easy on this one, bumping up the specs by adding the new A13 Bionic processor, a longer battery life (lasting up to one hour longer than the iPhone XR) and new enhanced camera configurations that will give you landscape selfies, videos and something Apple coined as ‘slofies’; slo-mo videos if you want to have some fun with the camera. 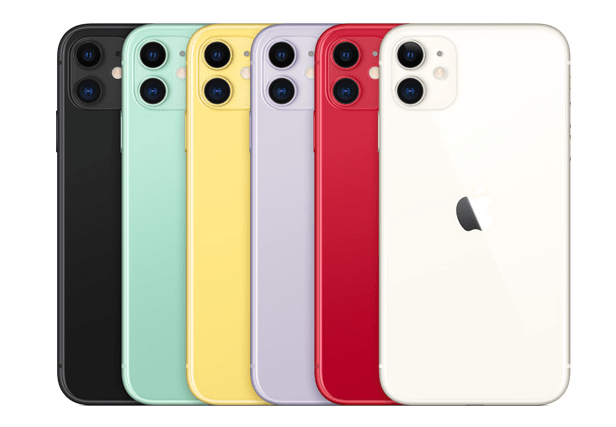 Apple unveiled the iPhone 11 Pro and Pro Max both of them modeling a triple camera on their backs. They come in four colors i.e. Gold, Space Gray, Silver, and Midnight Green. 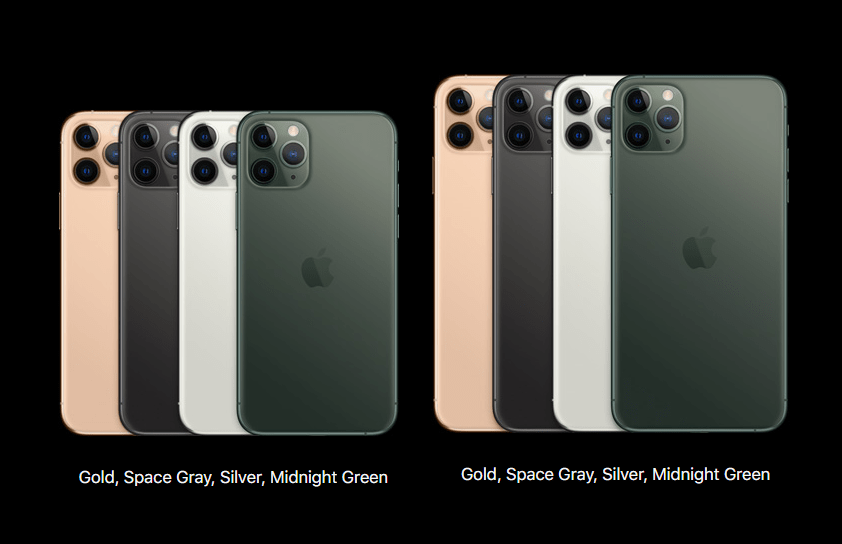 Let’s talk rear cameras. The iPhone 11 Pro and iPhone 11 Pro Max has been fitted with three cameras or more specifically the 12MP ’Ultra Wide’, ‘Wide’ and the ‘Telephoto’ cameras. Now three camera systems are not something we haven’t seen before. But Apple wants its users to be able to easily switch from one camera to the other. Apple claims with its Ultra Wide lens (which gives a 120-degree field of view) you capture four times the amount of scenery captured by the main camera while the telephoto camera is perfect for capturing shots which are too far away. Then you also have the dedicated night mode which will help in low-lit areas by reducing noise levels and bring out the details in your pictures.

The front camera is a 12 MP sensor and can also capture up to 4k and slow-motion videos. Apple also decided to introduce a new photography feature in this show-and-tell. Something they call ‘Deep Fusion’. This software feature will make use of Google’s artificial intelligence to boost your photography. Phil Schiller, Apple’s senior VP of Worldwide Marketing explained how it works on stage at Apple’s launch event. The system takes four long exposure and four short exposure photos and then takes a longer exposure shot once you press the shutter button. All nine images are then combined to produce one final image with reduced noise levels and sharper details processed ‘pixel-by-pixel’ to give the final result.

Complete Guide to know Servo Motor Failure and its Causes

The Impact of Mobile Devices on our Lives,...

New Idea for Smartphone Case That will leave...