Top Posts
Increase CPC for your Website | make money...
Making of The Artificial Eye best to know...
How Wireless Charging Works for smartphones | Circuit...
10 New Features in WatchOS 5 for Apple...
Cyber Security Concerns For Bitcoin as the Price...
Why I feel so alone | Does technology...
Revolution In Electric Vehicle upto 2018 | Electric...
CTRL-Kit: The First Mind-Controlled Armband and its Demonstration
What’s Next | NASA Sending a Tiny Helicopter...
The Future Of Warfare: Military Robots
Renewable

Marching into the Future with an Electric Car

The need for manufacturing purely electric cars that are affordable for almost everyone has been persistent for some time. While some models have been designed in the past, only the wealthiest people could afford them. Over the years, the idea of creating affordable electric vehicles has been deemed impractical by some people. While hybrid cars that use both gasoline and electricity have been successfully designed, the concept of having vehicles fully powered by batteries have been much of a challenge to car manufacturers. Manufacturers claim that affordable cars would only be equipped with batteries that would last between 40-100 miles in one charge. The possibility of getting stuck in the middle of nowhere was perhaps the reason why there was no mass production of electric cars. With the introduction of new methods of powering the vehicles, we have seen a tremendous rise in the number of electric cars on the road.

The cost of operating cars will go down

Currently, we are experiencing a constant rise in gas prices, which makes it expensive to run a car. However, with battery-powered cars, all you have to pay is the charging fee or the fee for switching the battery. The total amount is relatively less than what you spend on gas for the same mileage. Most people would like to have a car that not only costs less but also whose running expenses are low.

Modern electric vehicles have solved that problem, and as a result, more and more people are turning to them. Perhaps among the few expenses for car owners will include the installation of GPS tracking devices and infotainment gadgets, like bus TV, which can be done by EyeRide at very reasonable costs.

Zero emissions to the environment

There has been a concern for global warming, one of the causes being the burning of fuel by vehicles. Governments all over the world are working hard to make sure these emissions are at the lowest rate possible. Supporting the production of new electric cars is one of the remedies towards solving this menace that is threatening the world.

Since the release of the first electric car, the Tesla Roadster, several car manufacturing companies have stepped up to the challenge of creating their versions of electric vehicles. By the beginning of 2013, numerous electric car models were running on the road. Some of these cars include Daimler’s Smart Fortwo, the Nissan Leaf, the Mitsubishi i-MiEV, and the Chevrolet Volt.

The lack of universal charging points has previously hampered mass production of electric car models. However, some investors are working to solve this issue. Stations are being built around cities where you can either charge the battery of your car or switch the battery for a fully charged one. Countries that have advanced technologically have created roads where the vehicles can get charged with no wires involved. 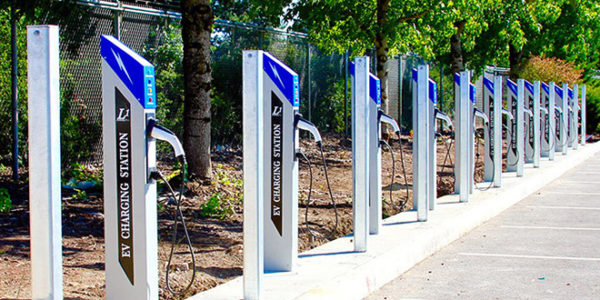 This kind of charging is called inductive charging, where electricity can be transferred through the air using a magnetic coil fitted in the charger. The first coil is placed on the road surface and the second one on the underside of the car. This way, you can charge your car without visiting a charging station.

Top 30 Terms You Should Keep In Your Data Center Glossary

Effective use of solar system technology in urban...

Production Of Ethanol As A Renewable Energy Resource

What Happens Inside A Solar Panel

How To Save Energy To Lower electric bill...