Top Posts
How Wireless Charging Works for smartphones | Circuit...
Once homeless, now on his way to Harvard...
Top 5 News Related to Electronic Industry |...
The Future Of Warfare: Military Robots
Eight Healthcare Tech Marketing Trends You’ll see in...
Why I feel so alone | Does technology...
Talk to books: All you need to know...
Making of The Artificial Eye best to know...
Increase CPC for your Website | make money...
Witnessing The Frightening Technologies. How Scared Should We...
RenewableTech News

Top Renewable Energy Trends We Expect to See in 2019 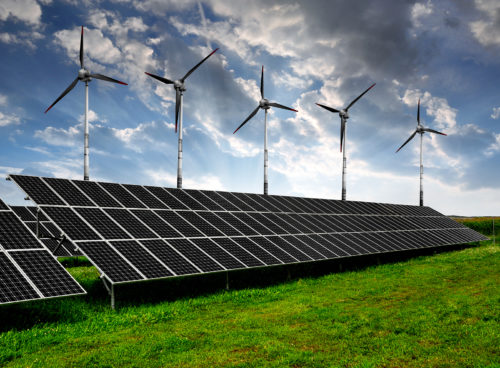 The mean focus for the past years has been the creation of green tech energy, but we must also focus on energy storage as it is the key to making green tech energy comparable to fossil fuel-based energy. Making sure you have an energy storage system installed with your renewable energy source will ensure a smooth supply of power under irregular conditions too.

The most common storage devices used are batteries and their use is increasing. There is an increasing decline in the cost of storage tech such as lithium-ion and flow batteries since the start of 2018 and we expect to see an increase in the research and deployment of energy storage over the next years. There has also been a significant increase in the demand of electric vehicles and aircraft. We are seeing cases of energy being re-used as is the case of the Caribbean island of Barbados (the world’s top users of electric cars) where old electric car batteries are being re-used.

A microgrid is a small network of local energy grids that can operate independently while it is attached to a centralized national grid. They can make energy more affordable, efficient, and accessible. The use of microgrids along with AI can help to improve this setup.  Companies are now making microgrids a commercially feasible option across Africa, Asia etc. The use of new software is allowing for quicker employment of such grids. XENDEE, a tech company located in San Diego is introducing a toolkit for microgrid design in partnership with WorleyParsons Group. Establishing microgrids in off-grid areas will help reduce costs and supply electricity to remote areas.

A  blockchain is a digital ledger in which transactions are made in cryptocurrency and recorded chronologically and publicly, but now we are seeing the use of blockchain technology in the energy market. Its use will help to reduce energy inequality and inefficiency for customers. Using the IoT with this distributed ledger technology will help our energy systems profoundly. Using the correct applications for devices to monitor the use of energy and optimize consumption can help improve the performance of such devices. An example of such a project is the Brooklyn Microgrid which involves a community-powered microgrid which uses blockchain tech to sell and buy power.

Grid parity refers to an alternative energy source which can generate power at a levelized cost that is cheaper than purchasing power from the electricity grid. We use this most commonly in reference to renewable energy sources particularly solar and wind power. The aim is more modular, consumer-driven and evenly distributed power generation with the help of blockchain, AI and modern automation tech. Not to mention these systems are more efficient and cost-effective and are preferable over fossil fuel powered energy systems.

At the same time, we cannot ignore the increase in world population while the majority still do not have access to electricity. The aim is to provide energy to all in a cost-effective way. Millions of people in developing countries are still relying on primitive ways of getting energy or on expensive sources of energy. However, with changes in the energy market, we can target these issues effectively.

How To Save Energy To Lower electric bill...