Top Posts
What does a quantum computer do? | Latest...
Once homeless, now on his way to Harvard...
15 Important Travel Techs For Travelers | 2018
Increase CPC for your Website | make money...
U.S. Energy infrastructure On Cyber-Security after Alert Issued...
Smart plugs and The Smart Home Revolution |...
How Artificial Intelligence Will Be Essential for Businesses...
Amazon Latest Underway Project: AI Robot to Help...
Crises of the Semi-conductor industry and its Root...
3 High-Tech Eco-Friendly Home Features
Electronic Engineering

When thinking of batteries, the first thing that pops into your head is probably the two-celled batteries your small electrical devices use or the batteries your Android or iOS works on. But hey, we’re talking about a vehicle here. So that size is a no-no. We need a larger battery to power even the most basic of vehicles, and that means more charging and hence more power requirement, more range, and more storage. While at the same time we can’t really expect a battery of that size to not be heavy. So add weight check into the list. Did we mention environmental conditions? You get the point. There are a lot of requirements and batteries aren’t exactly simple.

To actually operate say an average sized vehicle, you will be requiring a lot of power. A lot more than even a high-performance processor or an LCD monitor. An estimated value of the required power to accelerate a typical vehicle on a flat road with no headwind is around 61kW. Now that is a lot of power to ask for per vehicle and you also don’t want a lagging car on a drive uphill or on a windy day. And not to mention the balancing of the internal resistance so it is low enough for maximum power output. 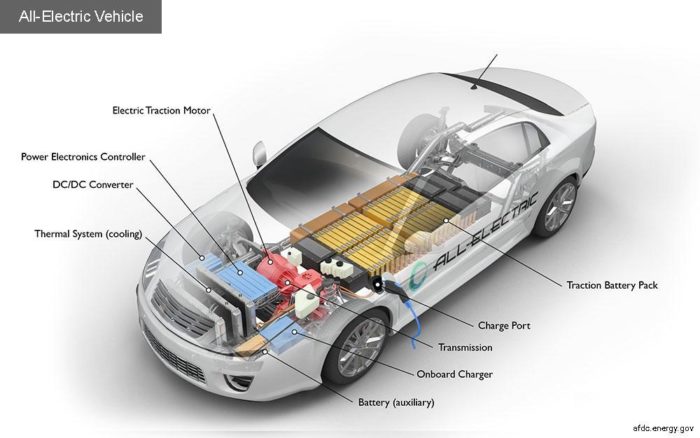 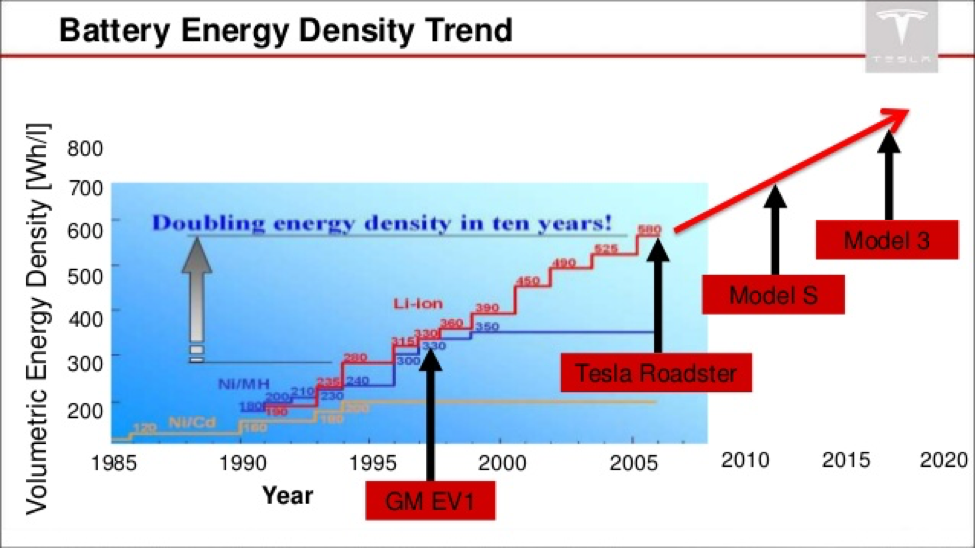 The fuel sources that are used most commonly have to be gasoline and coal as compared to batteries. However, batteries are more convenient but their energy density and specific energy are less than coal and gasoline. To put things in perspective, if we compare gasoline and a lithium-ion battery, the specific heat or gasoline is 100 times higher. Gasoline is also 300 times higher as compared to lead-acid batteries.

However, in terms of efficiency, an electric motor is better than an ICE (internal combustion engine). But then again it is difficult to achieve range with an electric motor compared to an ICE. For example, a gasoline powered vehicle with a smaller tank size can get you around 400 miles while the average range of an electric car is around 180 miles. 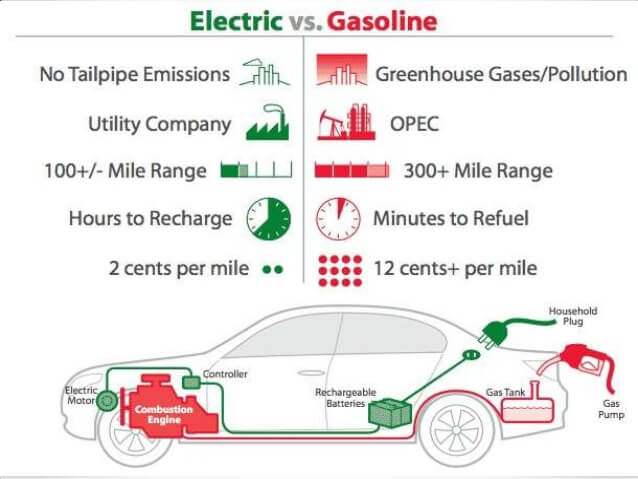 While there are competitive offers of the higher range, there are also the downsides. Why not discuss them before we move on.

EVs and the Chemistry Involved:

The research on finding the best battery technology isn’t new. A document from Argonne National Laboratory published in 1994 listed a number of ‘candidate EV battery systems’ which included lead-acid, nickel/cadmium, nickel/iron, nickel/metal hydride, sodium/sulfur, zinc/bromine, zinc/air, sodium/nickel chloride, lithium/iron sulfide, and lithium-polymer. They were listed according to the specific energies of the systems from lowest (lead-acid i.e. 25–40 watt-hours per kilogram) to highest (lithium-polymer i.e. 100–200 watt-hours per kilogram).

Today, the favored EV battery system is lithium-ion. BY 2012 the previously dominant battery system was nickel/metal hydride (NiMH) but today the use of lithium-ion is dominant. Over time researchers observed that lithium-ion gives higher power output, has higher specific heat and has overall lesser problems. To see an animation on the functionality of a lithium-ion battery click here.

The Impact of Electric Vehicles:

As stated before, electric vehicles haven’t exactly ‘taken over the world’. Instead gasoline and diesel based engines are still in majority use. Specifically for long distance travel, customers will still prefer petroleum-based fuels as compared to battery systems. The EV market in the U.S is not large either. (Compare this to Norway’s EV market share which is about 32 times larger than the USA’s). The use of electric vehicles is also more common in countries like China (whose electric vehicle market is growing twice as fast as the U.S.)

The electric vehicle industry it seems is still evolving. There are a lot of necessary developments to make before EV battery systems take over the world. Their use will be greatly beneficial if the major obstacles such as pricing and practicality are overcome in the coming years.

Why PCBWay is the best PCB Assembly Manufacturer?