Top Posts
Increase CPC for your Website | make money...
How Wireless Charging Works for smartphones | Circuit...
The Future Of Warfare: Military Robots
PCBgogo is Ready To Launch its new Website...
Eight Healthcare Tech Marketing Trends You’ll see in...
Why I feel so alone | Does technology...
Autonomous Flights Are the Future of Air Travel...
Talk to books: All you need to know...
Once homeless, now on his way to Harvard...
Making of The Artificial Eye best to know...
Electrical Engineering

How The Corona Effect Can Influence the Overhead Transmission Lines 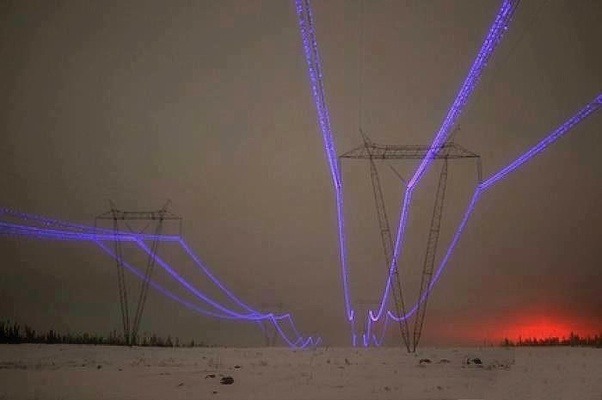 What is Corona Effect / Discharge in Transmission Lines ?

“The phenomenon of violet glow, hissing noise and production of ozone gas in an overhead transmission line is called corona”

When an alternating potential difference is applied across two-conductor transmission lines whose spacing is larger compared to their cross-sectional diameter. There is no change appears in the air surrounding the wires if the voltage is low. But when the potential difference exceeds a certain value called critical disruptive voltage, the conductors are surrounded by a faint violet glow called corona. This effect can be accompanied by the hissing sound, violet glow, radio interference and production of ozone.

Some ionization is always present in the air due to cosmic, ultraviolet rays and radioactivity. So under the normal conditions, the air contains some free electrons, negative ions, and neutral molecules. But when the potential difference between the conductors exceeds than a certain value a potential gradient is set up on the conductor’s surface. When the potential gradient reaches up to 30kv/cm which is sufficient for the free electron to strike with a neutral molecule with enough force to emit an electron.

This process occurs in other molecules which emit more free electrons. This process is cumulative that is why large of electrons jumped into the air surrounding the conductors, the air is now ionized and the spark occurs in between the conductors. Now the corona effect can be divided into two parts, one is the sound and another one is the visual part.

The phenomenon of corona can be affected by the physical state of the atmosphere as well as by the condition of the line. The following are the factors upon which corona depends.

It has been observed that intense corona effects are seen at working voltage of 33kv or above; therefore the care should be taken while designing the transmission lines and substations to avoid this kind of enormous and destructive effects of a corona. The following are the methods of reducing the effects of corona discharge. 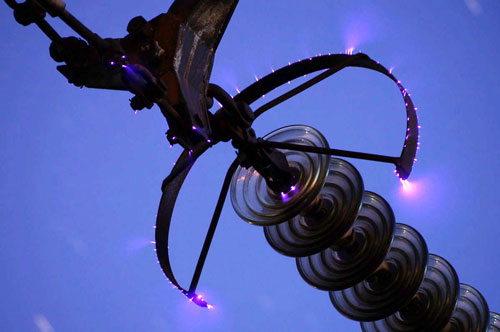 Merits and demerits of corona effect

Corona has many advantages and disadvantages. In the correct design of a high voltage overhead line, the following merits and demerits are considered the most important.

These are the Samsung Galaxy S9’s Eight best features

The PCB Manufacturing Process for Engineers and Hobbyists by PCBgogo

Top 10 Reasons Why You Should Study Electrical...

Difference between Lightning vs Lightning Arrester in Electrical...

Current Transformer | Definition | Use of CT...