Top Posts
Once homeless, now on his way to Harvard...
Increase CPC for your Website | make money...
Cyber Security Concerns For Bitcoin as the Price...
What does a quantum computer do? | Latest...
Why I feel so alone | Does technology...
Making of The Artificial Eye best to know...
15 Important Travel Techs For Travelers | 2018
Apple Watch launches a new ECG Feature to...
Apple wins $539 million in seven year old...
Crises of the Semi-conductor industry and its Root...
Electronic Engineering

Today we are going to discuss the digital electronics application called timers or multi-vibrators “Timers are those circuits which provide specific periodic signals to the digital circuits. These signals are capable of changing the condition of those systems” it can be defined as that “multi-vibrators are those circuits which provide those signals which are consists of high and low levels only called multi-vibrator. In general, multi-vibrator is a two-stage amplifier in which one amplifier’s output is connected to the input of the second amplifier as positive feedback. Both amplifiers are connected in such arrangement that if one transistor is in saturation mode or ON then the second one will be in cutoff mode. These circuits or devices are usually used as pulse generating, storing, counting circuits.

The above waveforms can be generated through different digital devices but the most common digital device which is more frequent use as a clock generator is 555 timer. It is a digital monolithic integrated circuit which is used as a clock generator. It can generate astable and monostable waveforms. It is a versatile and most using digital device. It provides a timing delay of few microseconds up to few hours. 555 timer IC having 8 pins is given below in the figure. 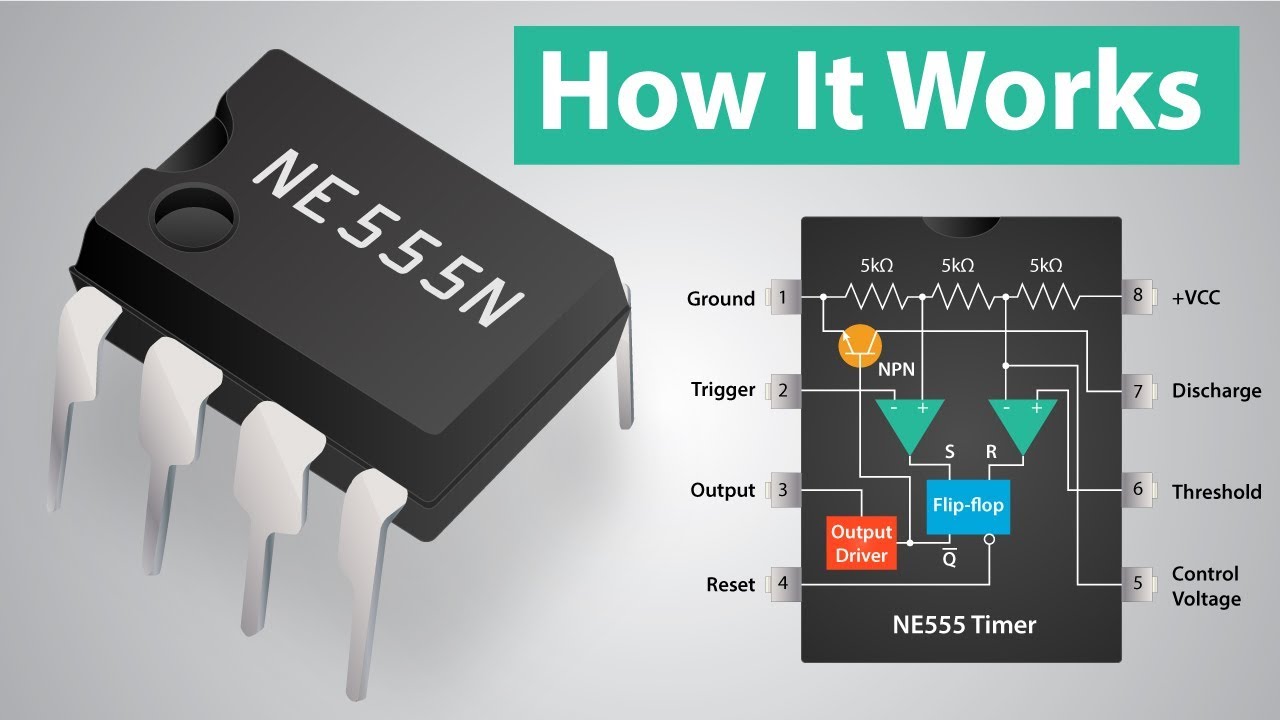 In the above figure, a circuit diagram is given which clearly illustrates the connections b/w the components. The voltage divider circuit is consists of three 5kΩ resistors. This provides 10v to the comparator 1 and 5v to the second comparator. When the trigger input is increase than 1/3rd of the applied voltage then comparator B becomes low to high. In result, RS flip-flop becomes set and its output change to high. And the discharge transistor switches off. The output will be high until the threshold voltage value equals to2/3rd of Vcc. When the threshold voltage value increases, the comparator A output changes from low to high, in result the RS flip-flop resets and discharge transistor turns ON. By controlling the threshold and control input with external components it can be used as astable and monostable multi-vibrator.

Types of Batteries for Robots and Robotic Designs