Top Posts
Increase CPC for your Website | make money...
What does a quantum computer do? | Latest...
Once homeless, now on his way to Harvard...
15 Important Travel Techs For Travelers | 2018
U.S. Energy infrastructure On Cyber-Security after Alert Issued...
Healthcare Information Technology (HIT) and its Applications |...
Making of The Artificial Eye best to know...
PCBgogo is Ready To Launch its new Website...
The Usage of Nanotechnology in the medical industry
Lithium-ion battery pioneers win the Nobel Prize in...
Tech News

Google I/O was held at the Shoreline Amphitheatre in Mountain View, California on May 8-10. Google revealed a lot of juicy techs. From the latest update on Gmail that allows it to predict what users want to say when writing an email to you, to the latest products. Google CEO Sundar Pichai revealed “Google Duplex” during his presentation. Now, what can this tech do?

What is Google Duplex and How it Works

Google CEO revealed that Duplex is an artificial intelligence voice technology. Google Duplex can book appointments and make reservations for you without any human interference over phone calls without any user involvement. Astonishingly, the voice isn’t like the robotic voice usually heard from robotic smart speakers, it actually sounds human. Duplex sounds so natural that it might be difficult to differentiate Duplex from a living human being. It uses pauses and vocal tics like “uh” and “um” in between conversations making it sound as natural as possible. 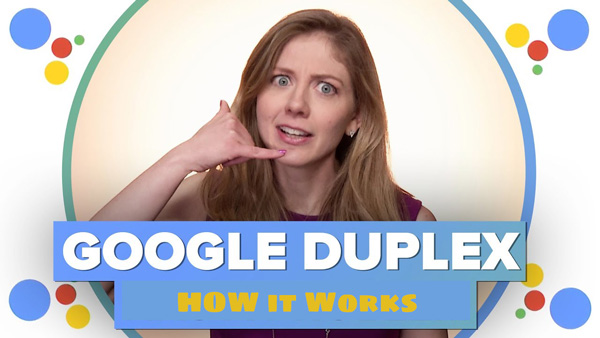 Yaniv Leviathan and Yossi Matias, engineers at Google, in their blog, gave details on exactly how this feat was accomplished. The very first challenge was how to make it possible for Duplex to understand natural language, and the proper use of latency in conversing along with the proper intonations.

For this google has built Duplex using RNN (recurrent neural network, a type of artificial neural network used to process data, very useful in handwriting and speech recognition) and TFX (TensorFlow Extended, a type of software which uses neural networks to identify and process data and to learn patterns). RNN and TFX allow systems to almost work like a human brain and try to process and store information accordingly.  To make Duplex sound human-like, google used Text-to-Speech (TTS) engines using Tacatron and Wavenet, which generate speech directly from characters. The user just needs to allow the time for his/her appointment and let Duplex do the rest. Duplex will set the appointment for you and send u a confirmation message telling you that your appointment has been booked.

Google CEO demonstrated a real-life call made by Duplex to book a hair salon appointment and a restaurant. Google will look forward to perfecting this technology and start testing it this summer. However, there are many ethical controversies appearing after this session, stating that Duplex “allows AI to mimic human voices”.  Specifically, the phone recordings of booking the appointment made no disclosure. As a result, the person at the other end might never tell the difference between a robot and a human booking the appointment. Google has clarified this controversy by stating that the system will have “disclosure built-in” that will make a verbal announcement to the other person that he/she is talking to an AI

“We want to be clear about the intent of the call so businesses understand the context,” the blog post said. “We’ll be experimenting with the right approach over the coming months.” The system itself is to be trained according to operators. The system will be monitored until it performs at the desired quality. “This continues until the system performs at the desired quality level, at which point the supervision stops and the system can make calls autonomously,” Leviathan and Matias explained further in their blog.

A Google spokesperson told The Vergein a statement: “-as we’ve said from the beginning, transparency in the technology is important. We are designing this feature with disclosure built-in and we’ll make sure the system is appropriately identified. What we showed at I/O was an early tech demo”. Google has clarified the controversy of the identification of the AI, but they have shared no further details.

Learn How to Make Your own Laser Engraver | DIY 2018