Top Posts
E-mail: Tips and Secret Features Revealed For Professionals
Increase CPC for your Website | make money...
5 Steps You Must Take to Be Successful...
The 5G Revolution: Expected to be commercially available...
PCBgogo is Ready To Launch its new Website...
Making of The Artificial Eye best to know...
Smart plugs and The Smart Home Revolution |...
Why I feel so alone | Does technology...
Autonomous Flights Are the Future of Air Travel...
CTRL-Kit: The First Mind-Controlled Armband and its Demonstration
Tech News

Ever since the release of the terminator, an outrage has spread among the populations. The cause, fear of “killer robots”. In May 2014, UN held a conference that focused on a preventive ban. Delegates from over 24 countries gathered in Geneva, France and expressed their concern. However, this fear is pointless. Military strategists assure us that the use of “fully autonomous” robots is yet not possible. Such advanced technology is yet out of our hands. Read: How Has Technology CHanged Manufacturing of Robot 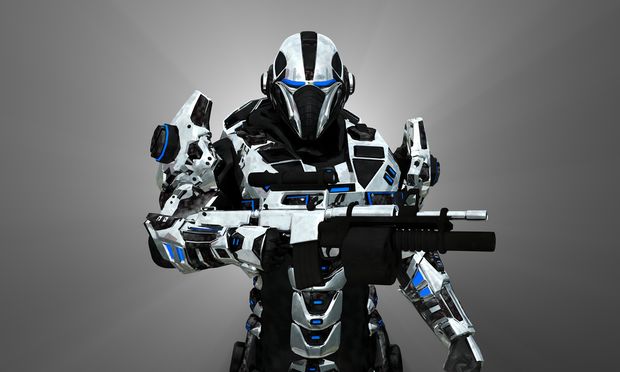 Instead, if we focus on the optimistic side of robots, it doesn’t sound as bad as presented on our TV screens in thrillers like Terminator. The first use of robots in military exercises in the US took place on May 2017 in which robots cleared breached barriers and obstacles for tanks. Intelligent robotics systems are expected to be formed by 2030. Their use will prove extremely beneficial as it will reduce a loss of lives on the battlefield.

In fact in the upcoming wars, soldiers need not enter the battlefield at all. Instead, they would control robots programmed to fight for them. Robots will also be able to conduct dangerous tasks that until now had to be done at the risk of human life. The actual programming and activation of robots are done by human hands so the possibility of robots taking over the world is yet out of the question.  The Department of Defense’s Unmanned Systems states that robots are better suited than humans for dull, dirty, or dangerous missions. Robots are also expected to be used in battlefields such as underwater or space to reduce risking the lives of soldiers.

What Is Bitcoin and Blockchain Technology? A Quick Starter Guide