Top Posts
E-mail: Tips and Secret Features Revealed For Professionals
Making of The Artificial Eye best to know...
Increase CPC for your Website | make money...
What does a quantum computer do? | Latest...
Cyber Security Concerns For Bitcoin as the Price...
Why I feel so alone | Does technology...
How Wireless Charging Works for smartphones | Circuit...
Eight Healthcare Tech Marketing Trends You’ll see in...
Top 10 things you must know about Clean...
Autonomous Flights Are the Future of Air Travel...
computing

Today in the world when it comes to cybersecurity, we are majorly in doubts that which language should we prefer to learn first. In this article we will discuss the advantages of learning Python and how will Python help us in various IT fields. It is still common to start students with a procedural (subset of a) statically typed languages such as Pascal, C, or a subset of C++ or Java. Students may be better served by learning Python as their first language. Many other aspects of Python make it a good first language.

Who is the Founder of Python Language? 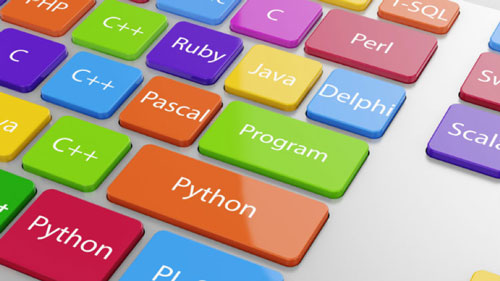 Basically, python was developed in late 1980’s by Guido van Rossum at Centrum Wiskunde. Python gives you a platform where you all can do various coding and make your own software. It includes various types of the library including graphics, statistics and much more. Also, there is some additional feature provided by a python which is not present in other languages.

Review and Some Basic Commands of Python (High-Level Language(HLL)

Python is High-Level Language(HLL) which makes it easy to write and understand. That’s why I personally recommend python to learn first. Some syntax of python are given here by which you will get an idea about python:

Input=this command is used to take input from the user.

Print= this command is used to print the material you want to display on the screen.

while/for/do while are some common loops used in python.

also if you are looking for a language for artificial intelligence and want to go through coding part then really python is the best language for that purpose. There is a special command known as “Elif” statement and it is the combination of “if” and “else” which makes python more attracting language.You all can create games and software easily if you go through certain libraries of python. By viewing these commands you can easily think that Python’s syntax is easy and they can be learned by anyone. When it comes to the function of python and applications, then they are endless.

Today, Python is also one of the only language used in the most famous microcontroller Raspberry Pi. Python has the extension .py and it is used to save your python file securely. You can also make websites, pages, hacking software and much more be using python which provides you an open source software. When it comes to cybersecurity, today many countries are using python as it has many libraries which can directly link to your system and python is also the boon for hackers who want to down the servers of various websites. Sometimes when you want to become website developer then also python is one of the secure languages to write your source code and also it gives you a platform to earn a good sum of money of around 3000 per site.

You can learn python using much software such as solo learn for Android and tutorialspoint.com for personal computer(PC). I Hope you will learn and understand how python is executed and you will be able to choose the best language for yourself.

This Article has been Written by Mr. Dipanshu Parashar, he is part of our team kindly Click Here if you want to Read His Biography.

Top 12 Websites Where You can Learn Coding...