Top Posts
Once homeless, now on his way to Harvard...
Increase CPC for your Website | make money...
15 Important Travel Techs For Travelers | 2018
Cyber Security Concerns For Bitcoin as the Price...
What does a quantum computer do? | Latest...
Why I feel so alone | Does technology...
The Usage of Nanotechnology in the medical industry
Making of The Artificial Eye best to know...
Apple Watch launches a new ECG Feature to...
U.S. Energy infrastructure On Cyber-Security after Alert Issued...
Physics 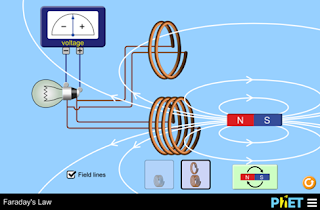 Faraday Law of Electromagnetic induction states that whenever a conductor is placed in a magnetic field such that the flux through it changes an EMF is induced in the conductor.that means that: EMF is directly proportional to the rate of change of flux | Faraday.

1) Self-induced EMF
2) Mutually induced EMF
Lens’s Law states that a cause always opposes the effect. This law is also used to predict the direction of current flow, and it obeys the conservation law of energy.
Generators: These are devices or machines which convert mechanical energy to electrical energy using the concept of “Electro magnetic induction”.
A generator, in fact, comprises of two parts, the engine, and the generator. The engine converts the fuel to mechanical energy and the generator converts the mechanical energy to electrical energy.
“A generator simply directs the flow of charges already present in a conductor coil”
The energy produced from a generator depends upon the following:
1) The strength of the magnetic field
2) The number of turns in the coil
3) Angle at which the conductor cuts the magnetic field
In order to find the direction of the current flow you must know the left-hand rule:
Left-Hand Rule:
1) Adjust your hand such that your index finger points toward the direction of the magnetic field (From north to south). 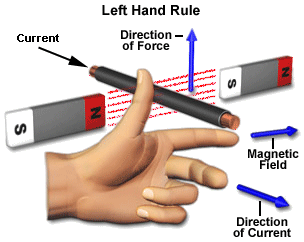 What Is Graphene and its advantages