Top Posts
15 Important Travel Techs For Travelers | 2018
Cyber Security Concerns For Bitcoin as the Price...
What does a quantum computer do? | Latest...
Is Virtual Reality the Future ?
Talk to books: All you need to know...
How Tesla is Disrupting the Entire Automotive Industry...
Lithium-ion battery pioneers win the Nobel Prize in...
Apple Watch launches a new ECG Feature to...
U.S. Energy infrastructure On Cyber-Security after Alert Issued...
NASA Back on track to Its First Manned...
Radar-Antenna 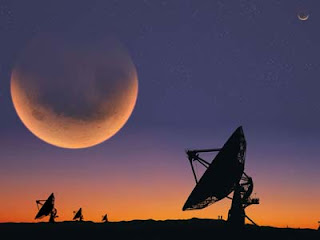 RADAR stands for RAdio Detecting And Ranging and as indicated by the name, it is based on the use of radio waves. Radars send out electromagnetic waves. The signals are sent out as short pulses which may be reflected by objects in their path, in part reflecting back to the radar. This concept is similar to hearing an echo. Although already invented, radar was further developed during World War II, with work on the technology stimulated by the threat of air attacks.
Radar had many uses during the war it was used for locating enemy ships and aircraft, to direct gunfire, and to aid ship and aircraft navigation.Modern radars are now advanced and smart, it can be used for a wide array of applications.

Radar systems can be categorized by their features into the following subsets:

The range of radar relates radar equation to the characteristics of the receiver, the transmitter, the antennas, environment and the target. To determine the maximum possible range at which any radar can detect a target, it is useful to have some knowledge about the factors that affect the performance of radar. A typical scenario of a radar geometry is depicted in Fig. 1.1. The TX and RX blocks represent the transmitter and receiver antennas with the gain Gt and Gr respectively, while the target is located to the right side represented by an aircraft with an RCS, σ. The target range is assumed to be equal to R, because receive and transmit antennas are placed close to each other.

Where Pt is the transmit power of Tx antenna block (in watts) and λ is the wavelength of radar’s signals. Radar power density at the target (in watts/m2) is represented by the first term in parenthesis in Eq (1.1). Scattering or reflection that occurs on the target represents the power density at the radar receiver. It is equal to the product of the first and the second terms in parenthesis. The amount of the reflected power captured by the receiving antenna aperture is represented by the third term in parenthesis in Eq (1.1)